After originally being on the schedules for release in August 2011; as ‘The 50 Biggest Matches’, this one was pulled and eventually replaced with The Top 50 Superstars release.

This weeks fantasy concept is…

WWE Top 50 Matches of All Time. 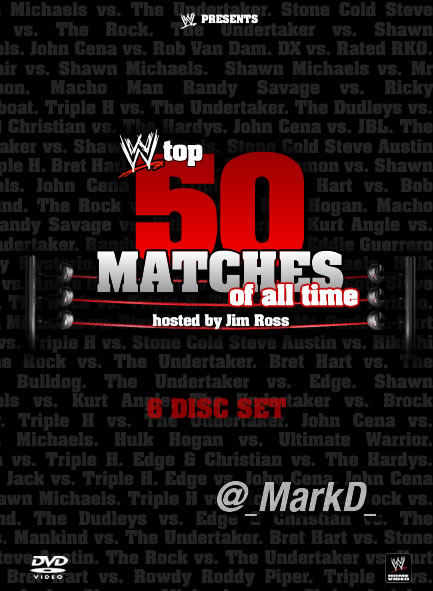 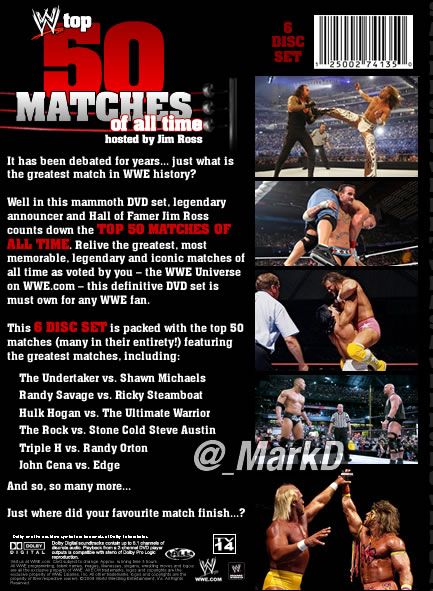 I think that this one should be WWE’s biggest release at a whopping six discs and should be hosted by Hall of Famer Jim Ross. I also think that to help with the countdown its self the ‘WWE Universe’ should vote on WWE.com to come up with the definitive list (shades of the History of WWE Championship, Intercontinental Championships and Essential Starrcade releases).

Does this proposed WWE DVD interest you?

I hope to bring you more fantasy concept DVD sets in the coming weeks and months – so stay tuned to the site. You can follow me on Twitter: @_MarkD_. I’m also looking for suggestions for future concepts.