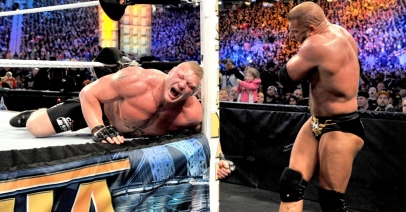 We can now reveal the Blu-ray exclusives planned for Triple H: Thy Kingdom Come!

It’s made up of one match and various interview chapters not included in the main portion.

As you may recall, the official synopsis made reference to the Triple H set as having three hours of documentary footage within; likely referring to a combination of the main feature on the DVD, plus these extensive extras contained on the Blu-ray edition.

The following three matches were also revealed this week for “Thy Kingdom Come” and these will be present on both DVD and Blu-ray formats.

Look out for more of the content listing soon as and when it’s ready. Before then, you can pre-order the Triple H DVD or Blu-ray for September 24th by clicking here. The UK and Europe gets it the following month through WWEDVD.co.uk.

Got an iPhone? Then you can win a free WWE DVD this week…

If you have the WDN “web-app” on your iPhone home screen then you can win a copy of the Extreme Rules 2013 DVD this Sunday! All you’ve got to do is install it to your home screen (if you haven’t already) and take a screenshot proving you have it.

You can send along your screenshot to giveaway@wrestlingdvdnews.com or show us it through our Twitter or Facebook pages. Once you have, you’re entered! 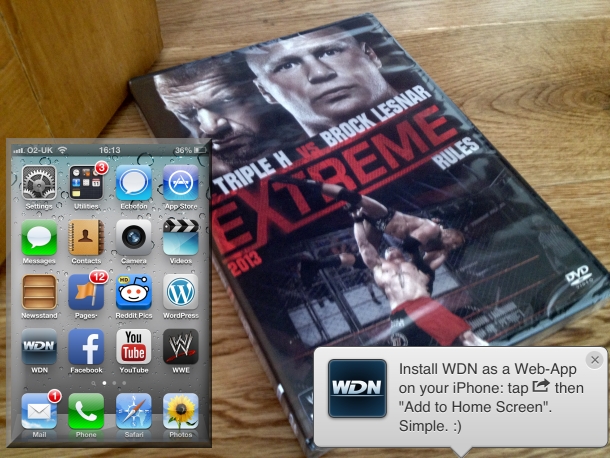 To install the “web-app” it’s as simple as navigating to WrestlingDVDNews.com in the Safari browser and choosing ‘Add to Home Screen’ in settings. It’s not an app found in the store. The video below gives a quick tutorial on how to do it if you’re stuck.

The winner will be chosen at random this Sunday (July 14th). Worldwide entry allowed.

With thanks to Rick Velazquez, here are photos of the cooler you get free with WWE DVD and Blu-ray purchases of $25+ at FYE stores. That promotion is running now, throughout July. 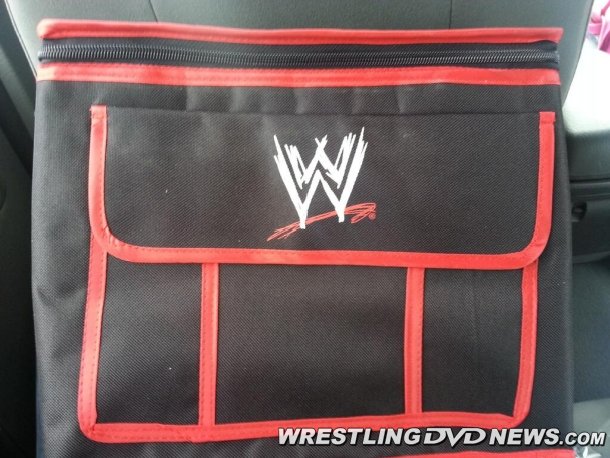 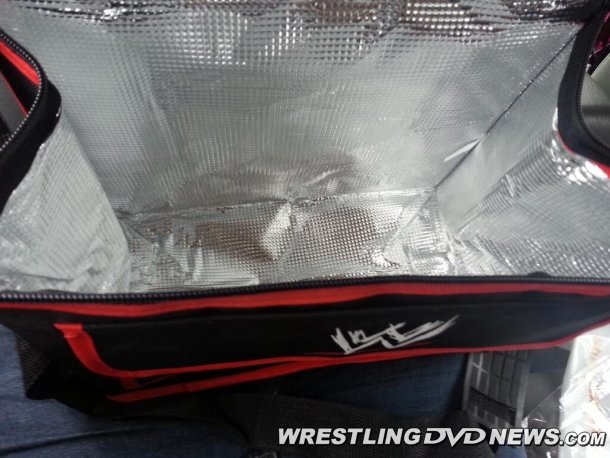 Below is the new cover art for TNA One Night Only: Joker’s Wild. That’s released on DVD in August to the UK and Europe by TNADVD.co.uk, where it’s available to pre-order now! 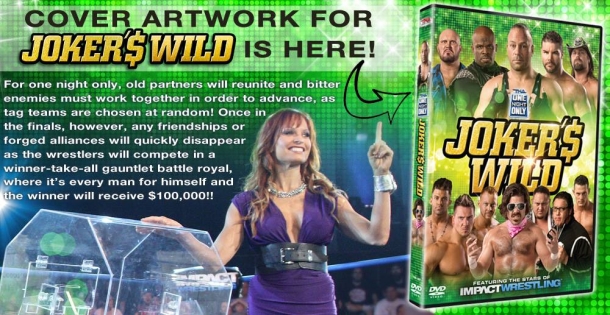