Photos of the Rarest WWE DVD In Existance?, In Depth Feature (At Last!)

Here is an exclusive in depth look at the WWE DVD that we regard as the rarest, most difficult to find title in existance!

That being the “Special Collector’s Edition” of Trish Stratus: 100% Stratusfaction Guaranteed DVD, which was sold exclusively through FYE in the United States for a limited time. 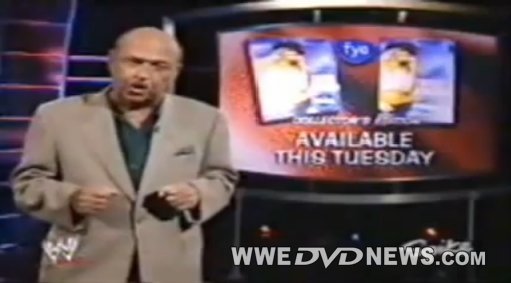 Given the rarity, there were only a few pics of the DVD on the web and often inaccurate information. For the record this is not a 2-Disc DVD set and there never has been one. 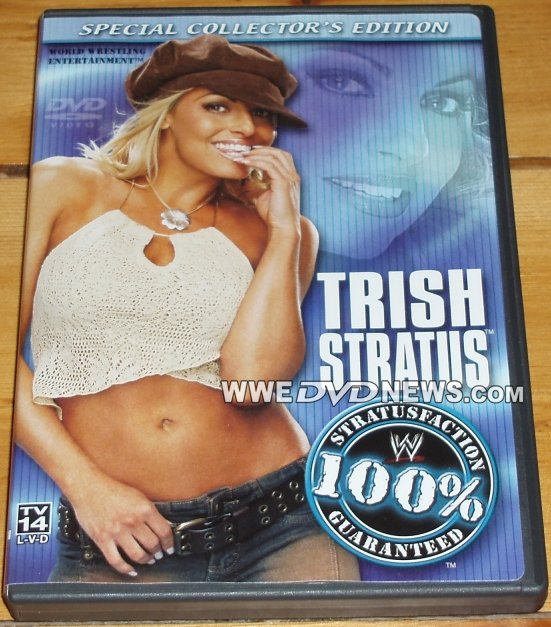 Although not widely known, there were two versions of the Trish Stratus DVD released on September 23rd, 2003. The regular version sold at all retail outlets and still readily available to this day, and this “Collector’s Edition” which only ever hit FYE stores in the USA. You may want to check which one you have – the last we saw sell on fetched about $200!

When buying it from FYE at the time the exclusive edition also came with a Trish Stratus mini bobblehead attached to the DVD. If you have this too it’s an even rarer package. 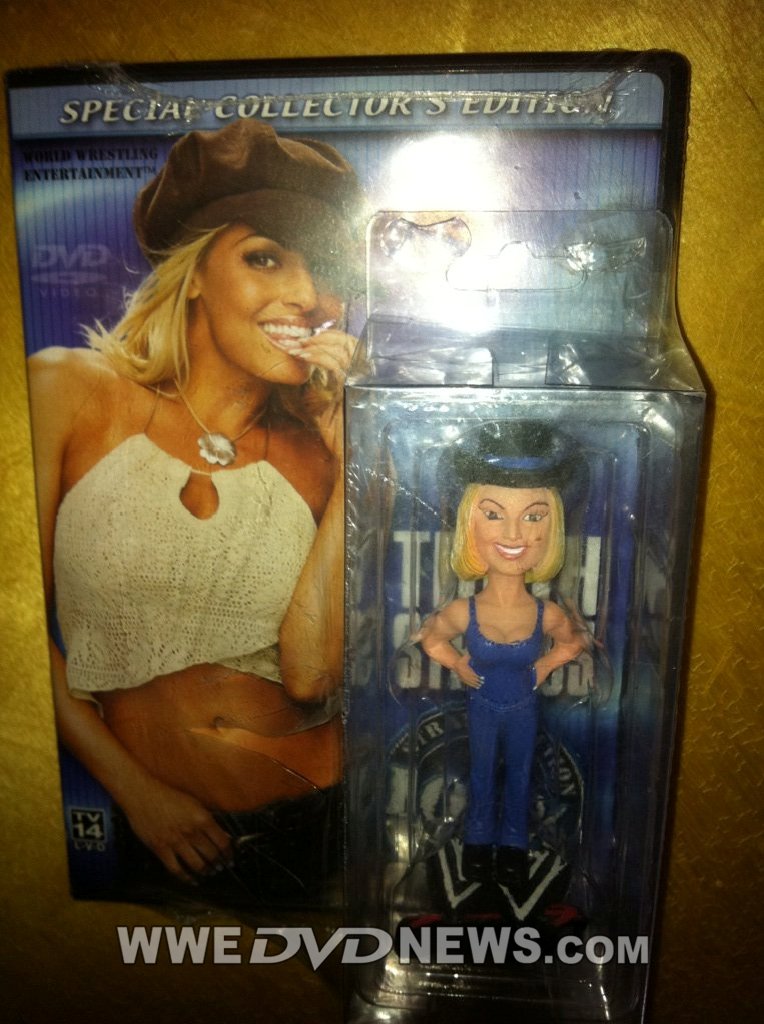 The photo above is courtesy of Trish Stratus herself! 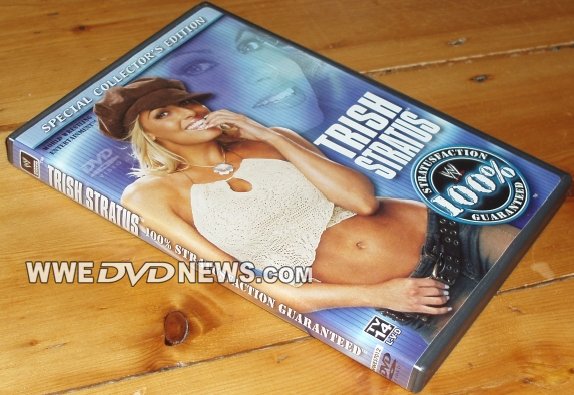 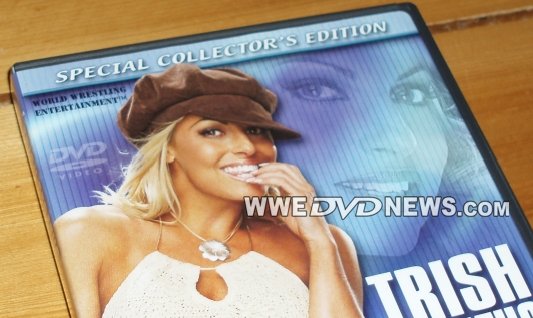 Press Release in 2003 (courtesy of Throwbackchampion): 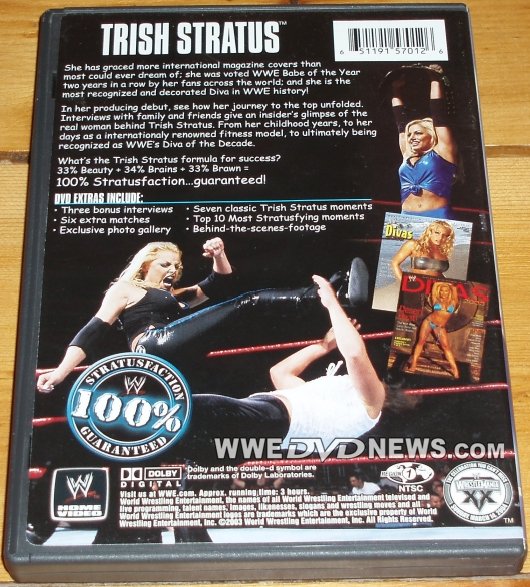 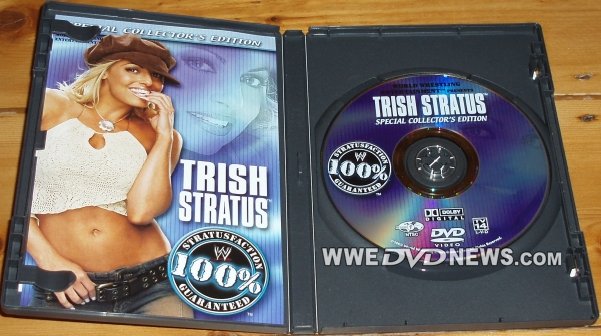 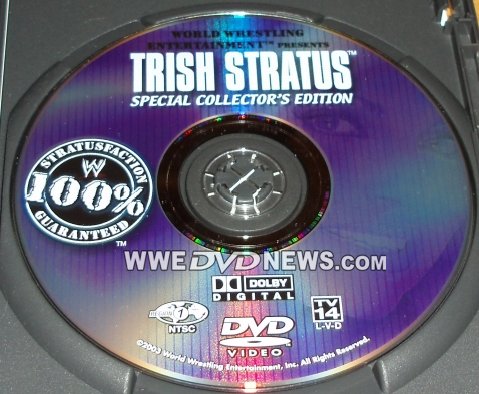 Somebody over on WF-Forums recently picked up this edition of the Trish DVD by accident (not knowing there were 2 versions) for only $4.95 at Half Price Books – so do be on the look out!