We can now exclusively reveal the cover artwork for the new Ultimate Warrior DVD and Blu-ray! As of last word this one is slated to be a match compilation and it’s possible the man himself is involved to give new interview commentary on his career. 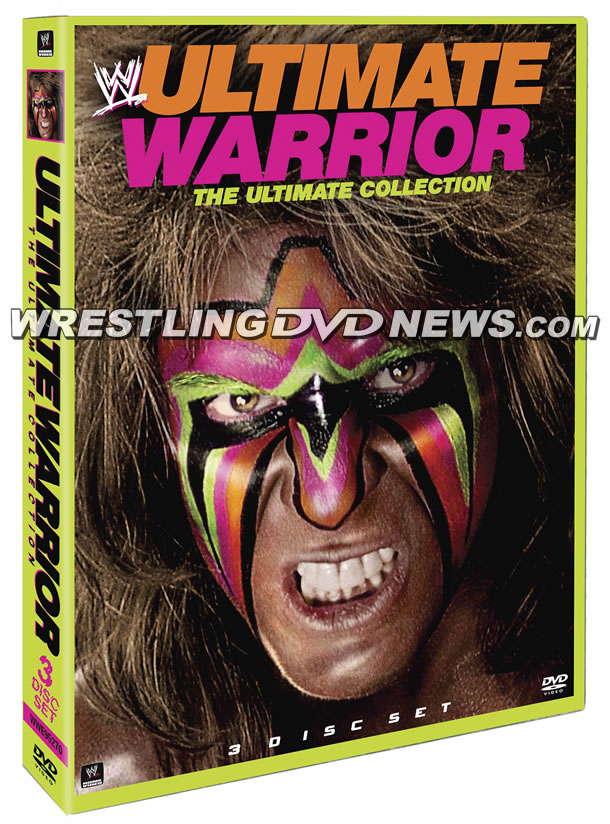 “He is one of the most colourful and intense Superstars of all time, the Ultimate Warrior! Now for the first time ever, WWE honors his illustrious career with this ultimate collection of bone-crunching matches. Feel the power of the warrior – featuring battles against his biggest rivals such as Hulk Hogan, Jake Roberts, Ravishing Ric Rude, Sgt. Slaughter and more!

WWE fans have long awaited another Warrior DVD since the controversial release of 2005’s ‘Self Destruction of the Ultimate Warrior’. Finally, with over 7 hours of matches from this larger than life Superstar, this action on this home entertainment release is truly OUT OF CONTROL!!” 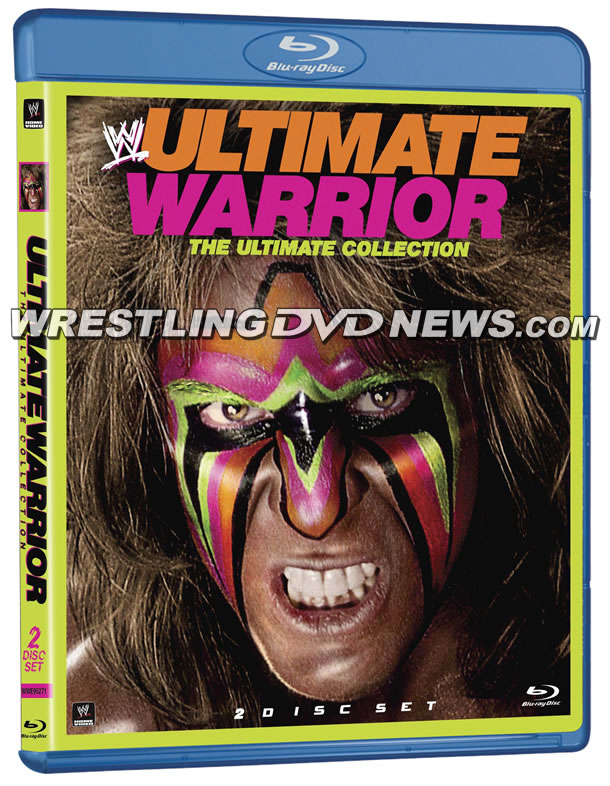 The full content listing of “Ultimate Warrior – The Ultimate Collection” has not yet been unveiled. We did however get a sneak peek at 5 of the chosen matches for the set this week with the reveal of the Blu-ray exclusives, as shown again below.

Australia: Pre-order your copy now at WWEDVD.com.au for April 2nd. 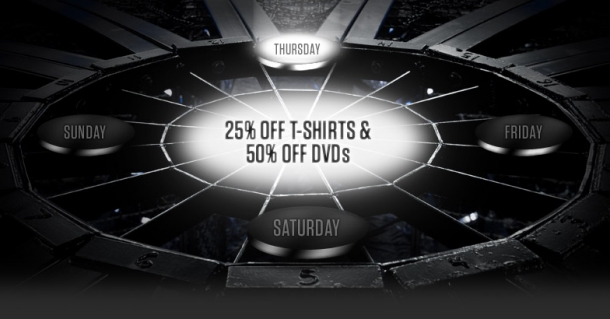 Thursday’s pod of the Elimination Chamber deals at WWEShop.com is open and it’s 50% OFF ?WWE? DVDs!

Find the DVDs or Blu-rays you want and use code “CHAMBER” at checkout to slash their prices in half.

Don’t get eliminated, it expires tonight at 11:59 pm EST!

Click here to get 50% off all WWE DVDs/Blu-rays
Check out more posts here on WrestlingDVDNetwork.com: