The “WWE UNRELEASED 1986-1995” DVD has now gone live for pre-order in the United States here on Amazon.com after a lengthy delay that saw several later titles made available first.

Amazon has been listing the new 3-disc DVD set as the “#1 New Release” in their Sports category which is unusual since it has only been purchasable for a period of less than 48 hours and given that we’re still a couple of months away from the street date! That tag has since been removed.

Still, it may be one indication that this WWE DVD already has a lot of interest.

“WWE UNRELEASED 1986-1995” is scheduled to hit both the USA and the UK this September, following to Australia in October, as WWE delve deep into the vault to present this unprecedented collection of 45 exclusive matches only ever witnessed by fans live and in person – until now.

WrestlingDVDNetwork.com has word today on whether or not commentary will be heard on those matches. We hear that finished copies of the title do not include commentary, a similar situation to the “Attitude Era Vol. 3 – Unreleased” DVD offering last year.

We believe that the majority of the matches will never have had commentary recorded for them (having never wound up released on Home Video or elsewhere) and perhaps one line of thinking is that the bouts feel more authentic without a new commentary track added on top. Also, as you know, Charly Caruso and a returning Sean Mooney will show up in new segments which may go some way toward telling the story of the action we see and the significance of the selected matches. 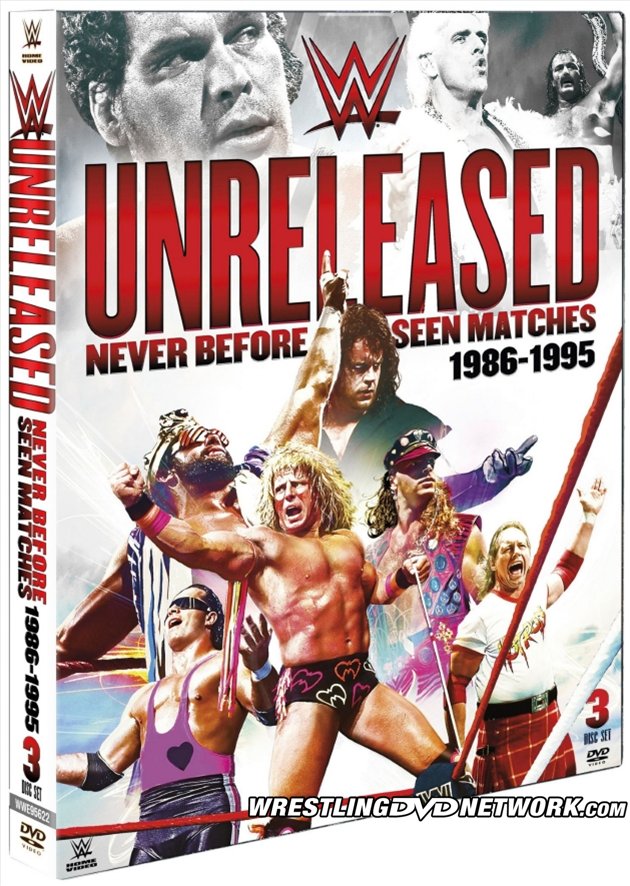 Don’t forget to pick up your copy of “Double Feature: Extreme Rules & Money in the Bank 2017” when the 2-disc DVD releases to the United States on Tuesday!

You may even spot it right now as several WDN readers report finding it out in stores already. 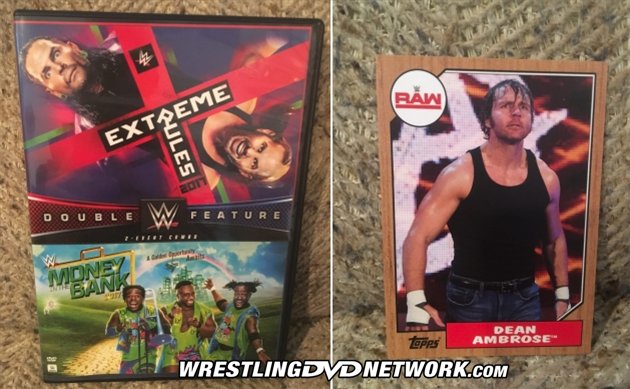 Matthew Tremble was one of those readers, who kindly shared the pics above and below.

The DVD pack once again doubles up RAW and SmackDown Live PPVs with a free Dean Ambrose trading card found inside the packaging. Get yours for $19.98 here on Amazon.com. 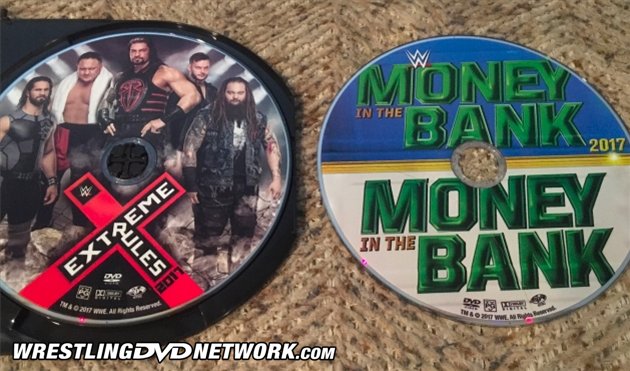 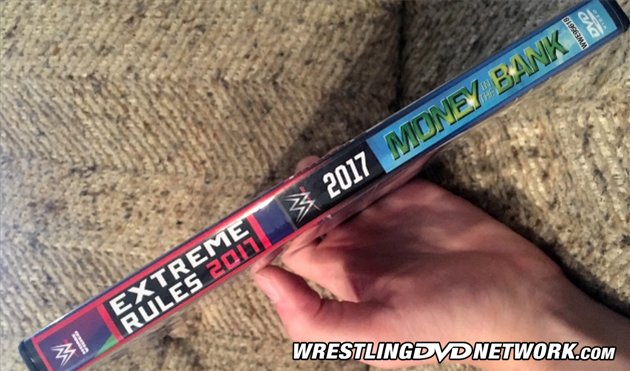 We showed you the intro to “Kurt Angle – The Essential Collection” this week and confirmed that the interview extras with Kurt are brand new and exclusive to his DVD.

Now you can preview that interview in video form thanks a new clip from WWE Home Video UK:

The next WWE DVD for a content and cover art unveiling should be “30 Years of Survivor Series”, one of five Home Video releases that WWE has planned for October 2017.

We’re still working to bring you those. Until then here’s an extended synopsis which confirms the format of the DVD as a countdown of the 30 greatest moments in the 30 year history of the event:

On Thanksgiving Day, thirty years ago, WWE’s second pay-per-view event was born with a new twist. In the early days, teams of five strived to survive. Over the course of the next three decades, Survivor Series evolved into one of the greatest spectacles on the WWE calendar, where championship matches, iconic face offs, and unforgettable moments take place.

Join us as we count down the 30 greatest moments from 30 remarkable years of Survivor Series. 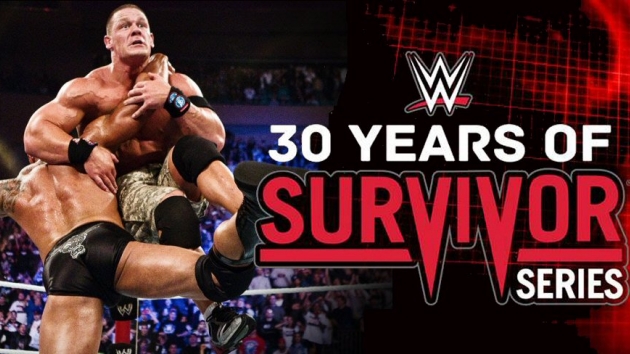 Check out the best WWE DVD goodies up for grabs in eBay auctions this coming weekend, including: “Best of 2000s” going cheap, a few big lots of noteworthy titles, the tricky-to-find RAW Homecoming, and a still-sealed copy of the 2-disc Ultimate Warrior DVD.