The planned cover artwork for WWE WrestleMania 28 on DVD and Blu-ray has been revealed in the event program. 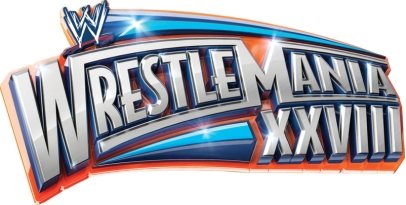 Thanks to @HEELMatthew and @InZachWeTrust over on Twitter for passing along this pic! 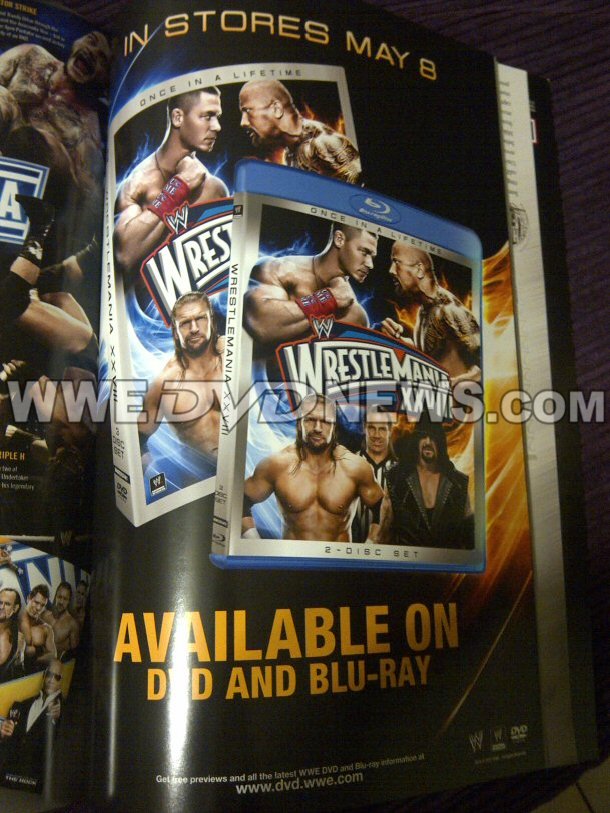 As we revealed last month these are the two Home Video editions of WrestleMania 28 to be released on May 8th, 2012 in the United States:

Last year there was another edition released to the US, a 2-Disc DVD set which contained only the broadcast itself and no bonus features. This is not planned for WrestleMania 28. 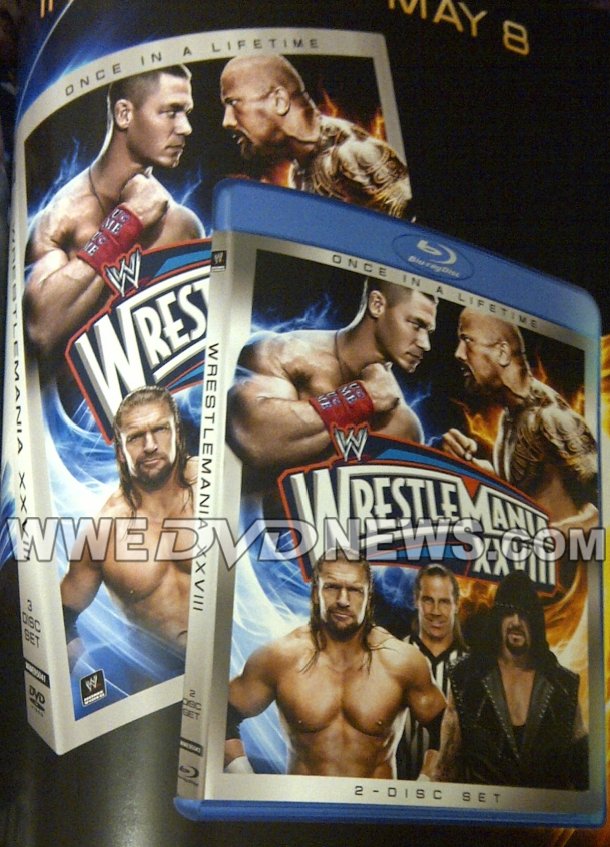 WrestleMania 28 hits stores on May 8th, just over a month after the event takes place. Amazon is already taking pre-orders for the DVD and Blu-ray editions over here.

In the UK? Silver Vision have WrestleMania 28 available to pre-order, indicating that the European market will get a 3-Disc DVD and an exclusive 3-Disc Blu-ray edition in June.