New information suggests that the WrestleMania 30 DVD will contain 8 hours and 36 minutes of footage, a runtime considerably longer than that of other WWE DVDs of late.

We can confirm that the previously revealed list of WrestleMania 30 DVD extras are going ahead as stated. As a reminder, here they are again below.

– Top 30 Greatest WrestleMania Moments
– Hulk Hogan Discusses WrestleMania
– Triple H & Stephanie McMahon Reveal the WrestleMania Set
– Batista Reflects on His Return to WWE
– Randy Orton Speaks On Becoming the Face of WWE
– The History of Andre the Giant
– The Streak vs. The Beast
– A Look at Hulk Hogan’s Storied Career
– John Cena Confronts His Fears
– AJ Lee vs. The World

This also means that the Blu-ray exclusives will stick too. You may recall that there were two of those, listed again below. These extras look to have a total runtime of just 4 minutes. 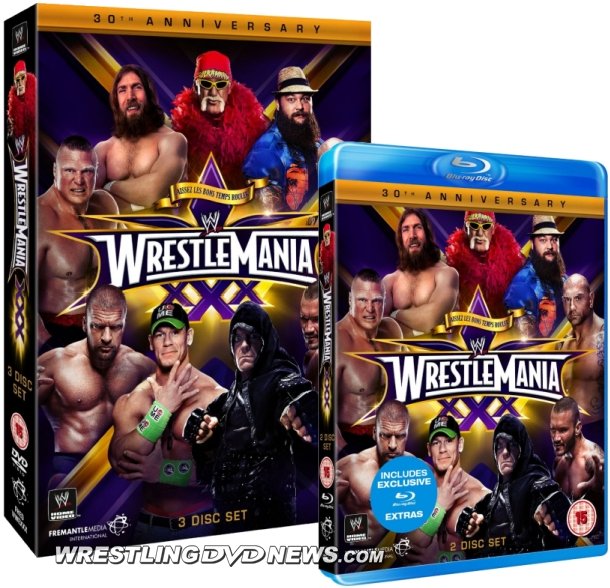 In terms of special editions, we’ve learned this week that the United Kingdom will be getting a version with dog tags as a store exclusive. Further details as we receive them.

That special edition with dog tags will be released to the United States through FYE stores, and to Canada through HMV stores. The US Amazon site also has a special edition available which contains a “30 Moments for 30 Years” mini-book and a Topps Chrome trading card.

– USA: Click here to pre-order your WrestleMania DVD/Blu-ray for May 13th.

After WrestleMania drops, the next WWE title to hit stores will be “Greatest Wrestling Factions”. The first sighting of the DVD comes courtesy of radio personality Sam Roberts. Sam tweeted the photo below and revealed that his interview footage with WWE is featured. 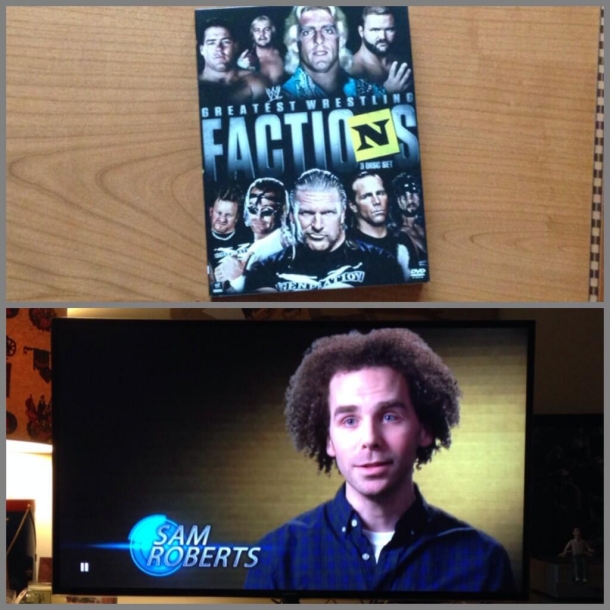 Previewing @WWE's new Factions DVD- they got ALL the experts for this one. pic.twitter.com/fKONsncYLI

Want to save money on your WWE DVD/Blu-ray buys through WWEShop.com? The following 5 promo codes have been confirmed active through the new month of May.

Click here to use these promo codes at WWEShop.com.