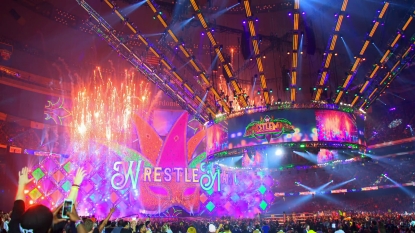 The Showcase of the Immortals just hit stores across the United States on DVD (get it for $17.99), Blu-ray (get it for $22.99), and as a “Best Buy Exclusive” with alternate cover artwork.

In addition to the content of WrestleMania itself and the extras already known we can confirm that inside the packaging of both the DVD and Blu-ray versions you will find: 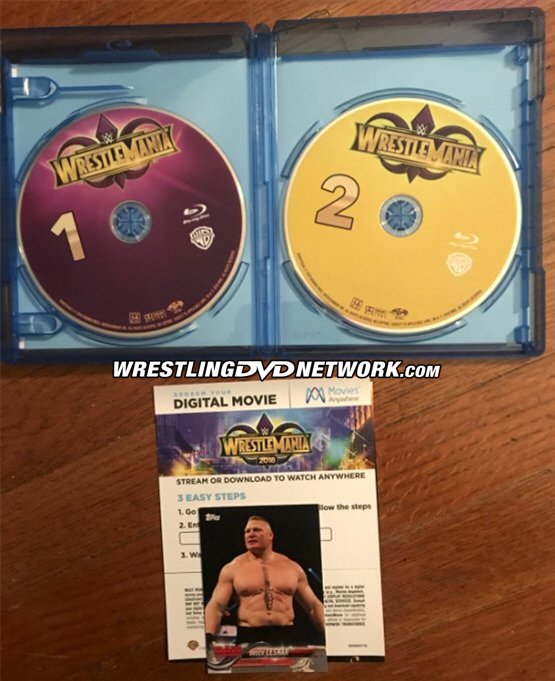 On the official release day WrestlingDVDNetwork.com can now unveil the full length trailer:

We’re also pleased to reveal first look photos of all editions in stores today, beginning with the WrestleMania 34 DVD. As you may have been following the standard DVD presents the full show (including every Kickoff Show Match) and the RAW after ‘Mania in its entirety.

Packaging wise, as reported there isn’t a Digipak due to recent changes made by Warner Bros. – instead we get a standard keep case with a slipcover on top, and the three discs are all held together in a stacked hub. 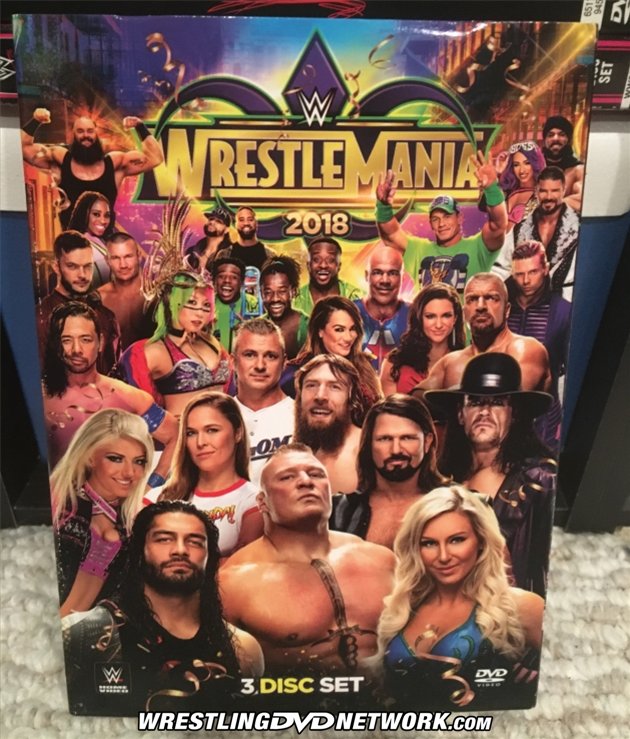 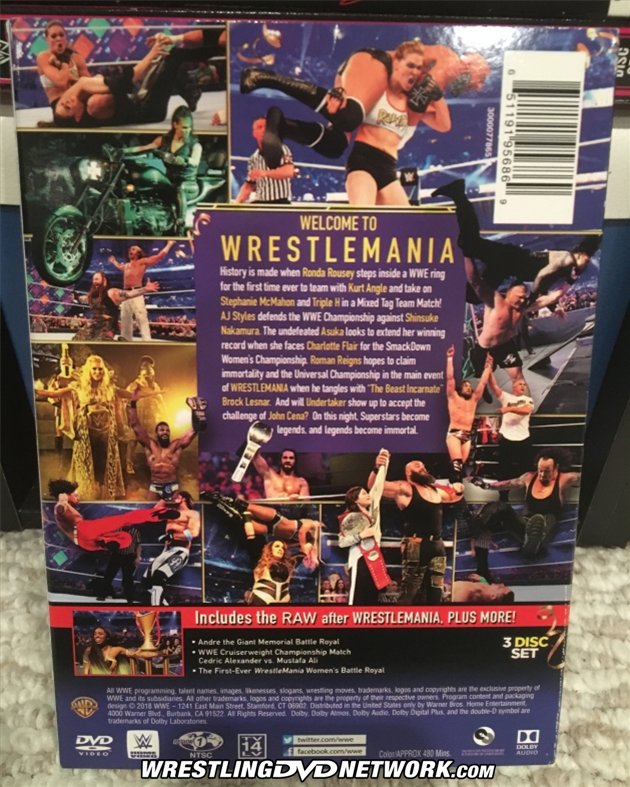 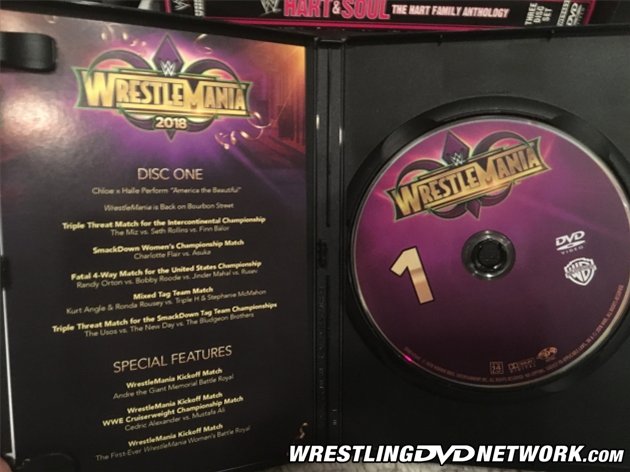 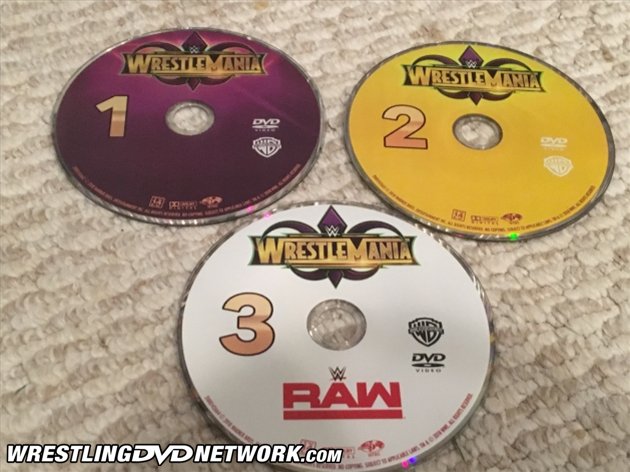 As for the Blu-ray, this edition has almost the same content – the full show (including every Kickoff Show Match) and the RAW after ‘Mania in its entirety, but it also adds the following bonus segments:

On this version the packaging is standard fare for a WWE Blu-ray. The “Best Buy Exclusive” (pictured) introduces the special alternate cover artwork in the form of a slipcover. That alternate artwork now has The Undertaker and Stephanie McMahon added, so is slightly different than the first draft. 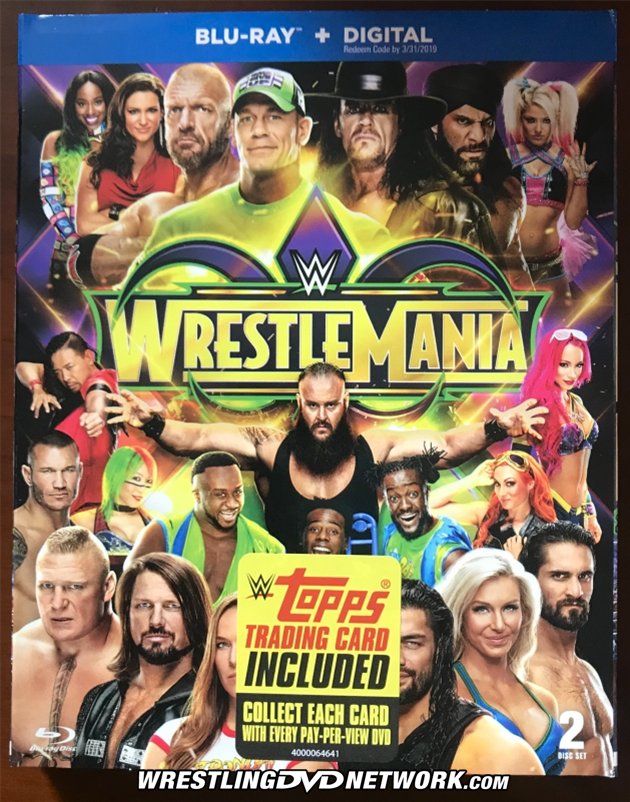 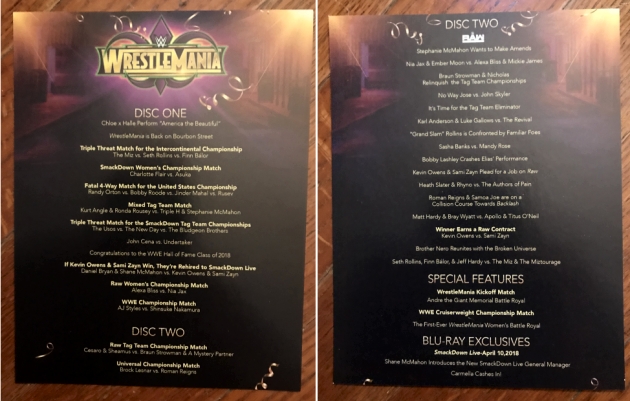 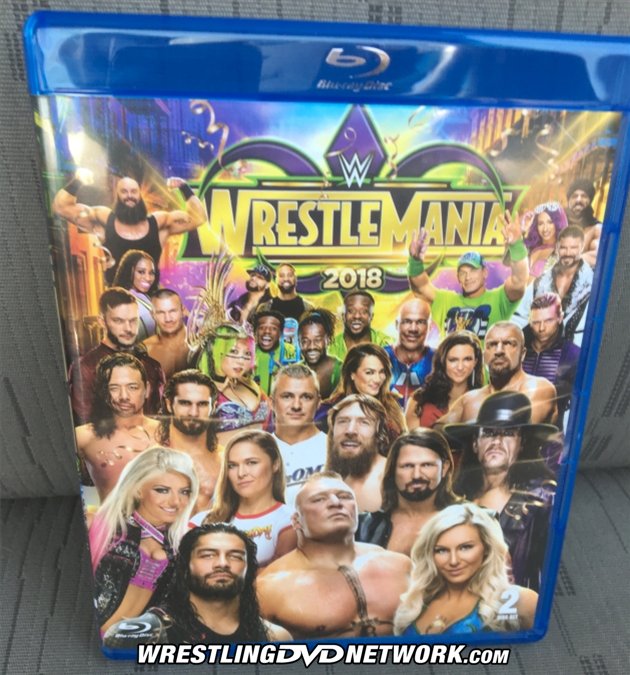 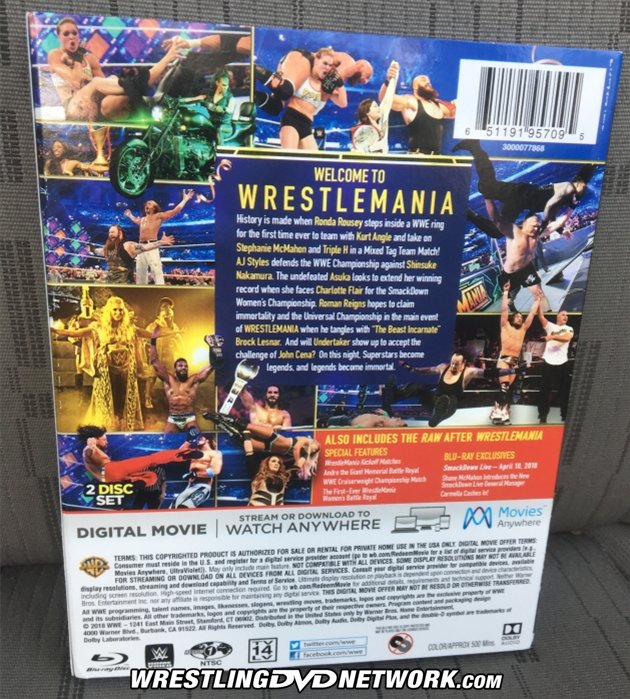 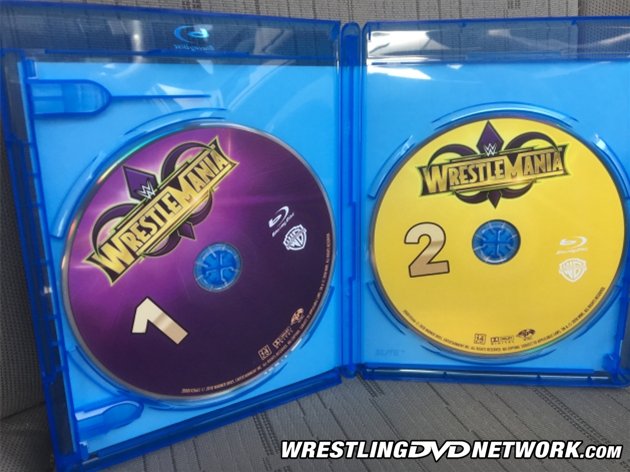 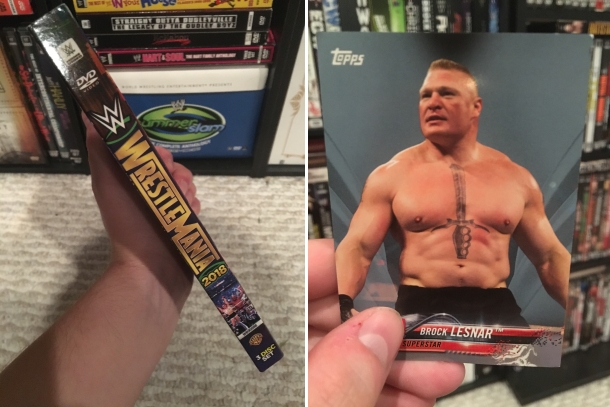 Thanks to WDN readers Matthew Tremble and Jeff Evans for contributing to this news update.