The countdown to WrestleMania 34 starts now and it begins with a bombshell announcement that the bonus disc we teased for the DVD is confirmed to be NXT TakeOver: New Orleans!

This will mark the first time ever that WrestleMania weekend’s NXT special has been included with the Home Video release and will in fact be the first NXT TakeOver to be produced on DVD to date.

And if you think WrestleMania 34 is stacked, this TakeOver card looks to be one of the best in the brand’s history what with Johnny Gargano and Tommaso Ciampa’s high stakes Unsanctioned Match, Aleister Black vs. Andrade “Cien” Almas for the NXT title, Shayna Baszler vs. Ember Moon for the NXT Women’s title, a Triple Threat Tag Team Match, and more on top! 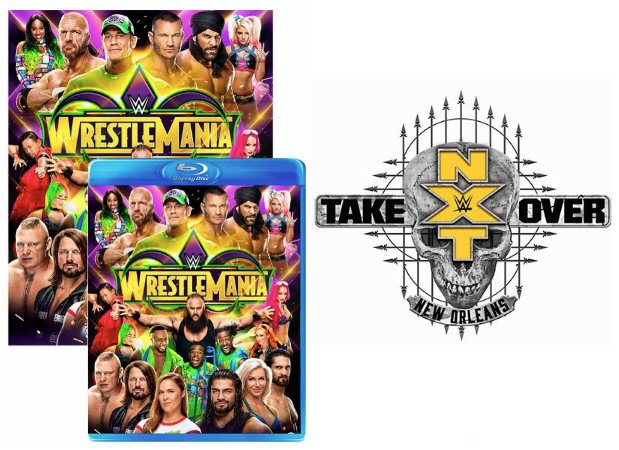 The “online exclusive” WM34 DVD announcement has been made today via WWE Home Video UK, exactly 1 week before WrestleMania takes place, and it reads as follows:

For all you lucky customers who pre-order online with us early, on either DVD or Blu-ray you will receive the Limited Edition Collector’s Special version that will contain the NXT TakeOver – New Orleans bonus DVD inside!

The bonus DVD disc will feature the full NXT TakeOver event scheduled for the 7th of April – one day before WrestleMania 34.

What’s more, this Limited Edition version is an online exclusive to WWEDVD.co.uk while stocks last – so get your orders in quick to secure your copy!

Please note, this is NOT an April fool 🙂

Here’s what WrestlingDVDNetwork.com has learned from speaking to those in the know: 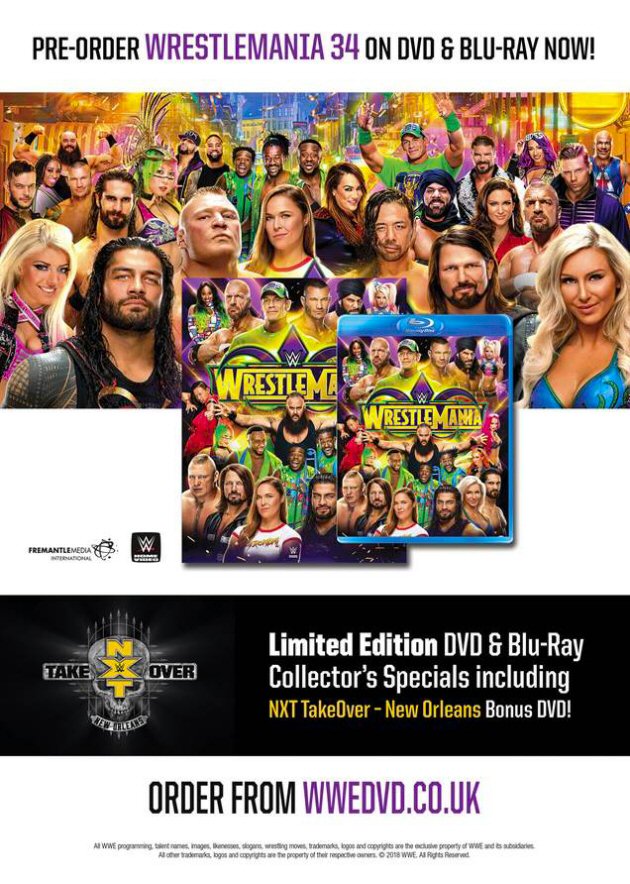