Let’s get a look at the official trailer for the WrestleMania 36 DVD and Blu-ray!

Along with that, we’ve also received a few new cover shots of the U.S. version. WWE will release the WrestleMania 36 DVD and Blu-ray on May 12th in the United States and June 8th in the United Kingdom, with around 2 hours of extras accompanying the two-night ‘Mania PPV event.

WrestlingDVDNetwork.com is also pleased to report today that in the UK and Germany this year’s WrestleMania DVD will once again be released in exclusive Digipak-style packaging. We’re planning on sharing atwork elements of this Digipak design very soon. You may recall that Fremantle, the WWE Home Video licensee in the UK, produced Digipaks for WrestleMania 34 and WrestleMania 35 at a time this packaging style ceased in other regions.

The usual UK/European exclusive featuring a NXT TakeOver bonus DVD is not happening this year, but something else may be in the works — watch this space. 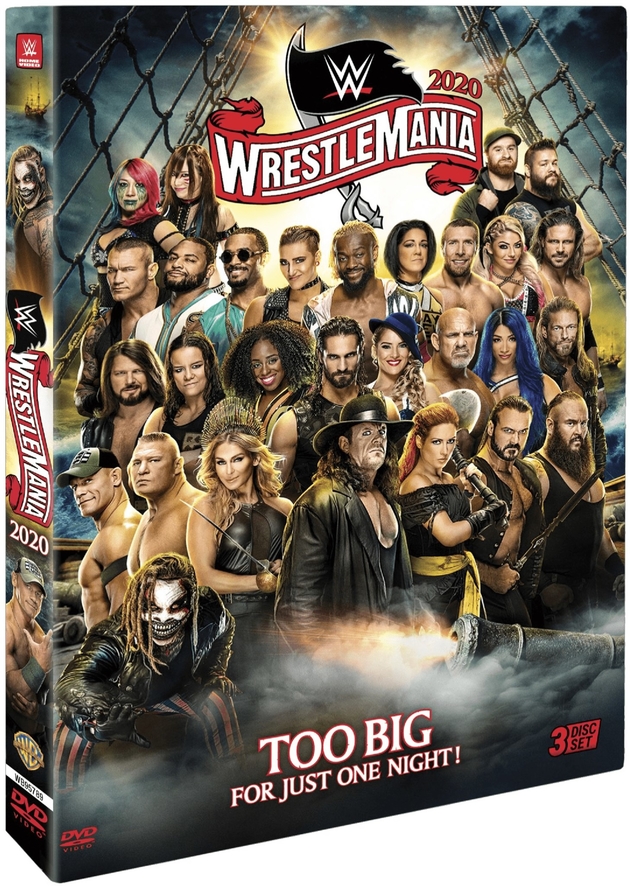 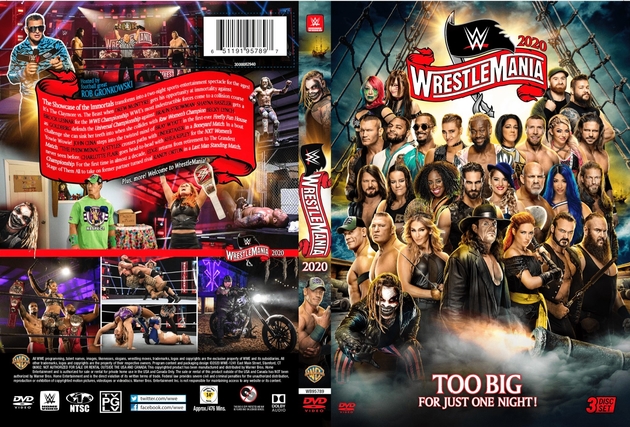 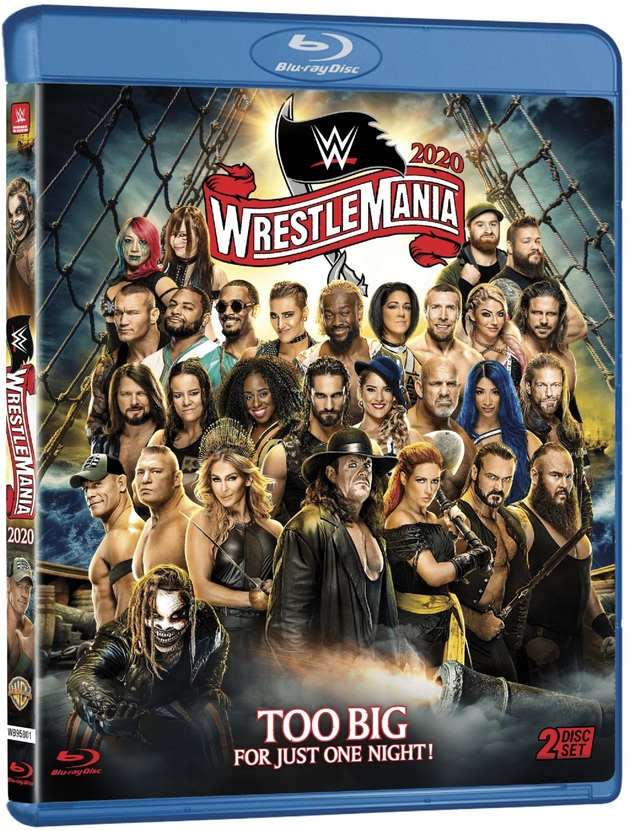 Speaking of ‘Mania, heads up that the classic WrestleMania 15, 17, 18 & 19 DVDs that were recently re-released now have product listings on Amazon.co.uk where both Amazon themselves and several third party sellers are stocking them.

Technically, the availability through the Amazon website should provide a way for fans overseas to add these UK exclusives to their WWE DVD collections – just be aware that these DVDs are region locked to Region 2/5. 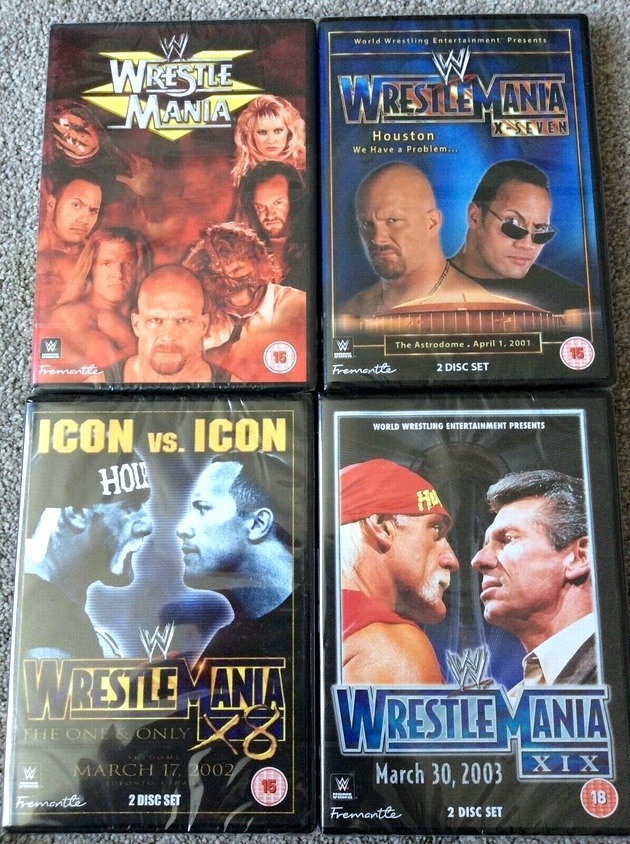 This week’s new WWE DVD release in both the USA and the UK is: Super Showdown 2020.

Inside the packaging of the domestic version released on Tuesday is a free Finn Bálor trading card! 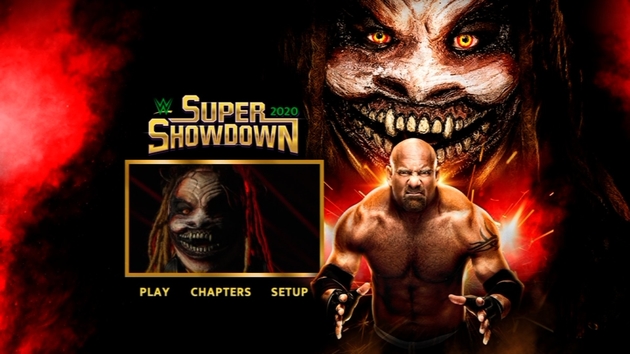 Get your first look at the new Super Showdown DVD in this video, courtesy of “TheDVDFreak”: 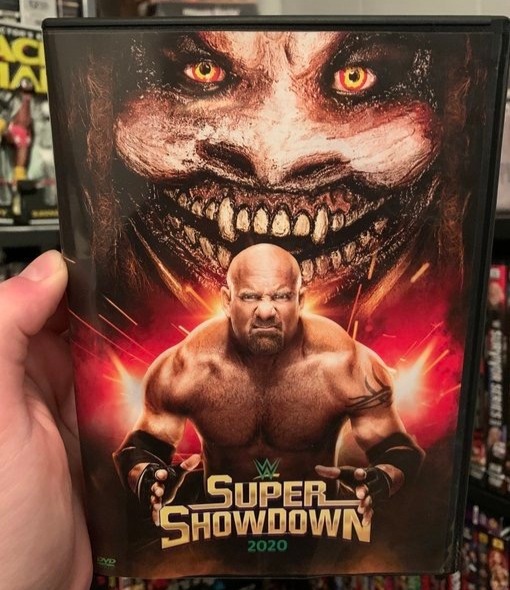 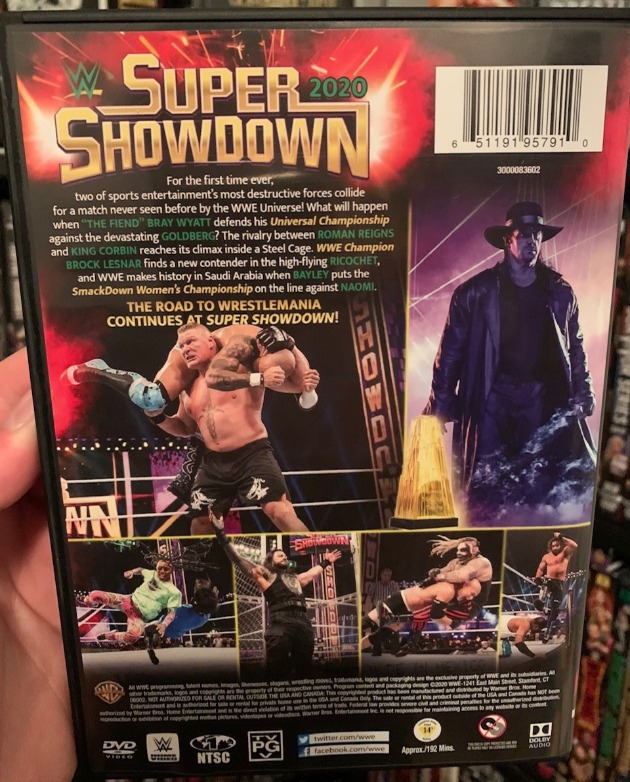 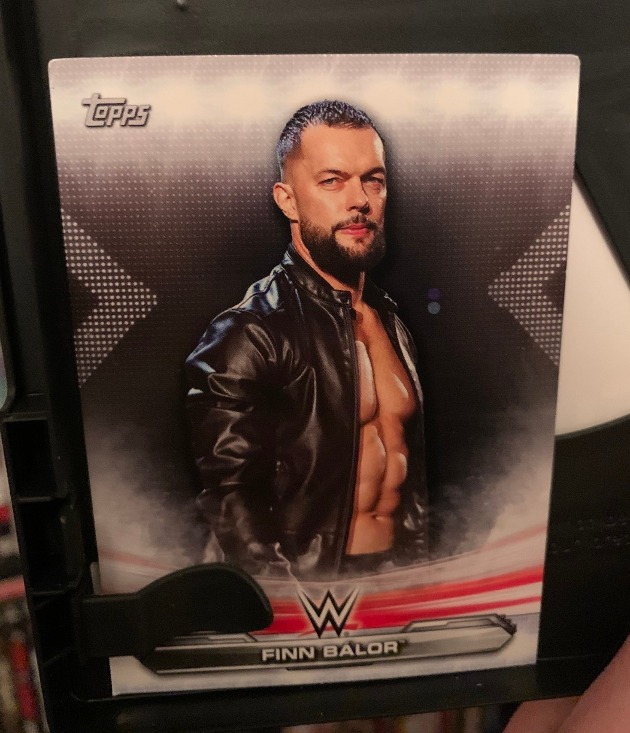 Get your hands on the new WWE SUPER SHOWDOWN 2020 DVD…

– United States: RIGHT NOW! Get hold of your copy now here on Amazon.com.