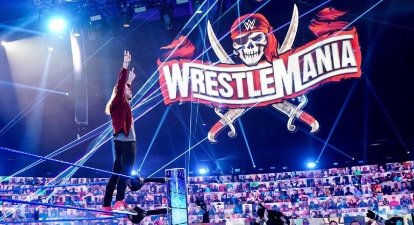 WrestlingDVDNetwork.com can now reveal early release details for WWE’s WrestleMania 37 DVD. The U.S. release is now confirmed for May 25th, 2021 and we’re pleased to report a Blu-ray edition will definitely be joining the DVD too!

WrestleMania is to be held as a two-night event again this year and the current plan, just like with the WrestleMania 36 DVD, is for the full content to be housed on a 3-disc DVD set and 2-disc Blu-ray set, likely with extras where space is permitting.

On the biggest night in sports and entertainment, the entire WWE Universe comes together to sit on the edge of their seats to witness their favorite Superstars risk it all on The Grandest Stage of Them All…WrestleMania!

In North America, the WrestleMania 37 DVD will include a free Topps trading card of Drew McIntyre. For a lucky few, some of these collectible trading cards will be signed by McIntyre.

Retail sites should be listing the WrestleMania DVD and Blu-ray to pre-order any day now.

We hear the UK release was recently pencilled in for June 7th, 2021, but the official date is still to be confirmed. The UK and Europe will also be receiving both DVD and Blu-ray editions of ‘Mania, as is usual. More information is incoming!

Another WWE DVD release date to confirm for this year is for the Fastlane 2021 PPV, the final stop before “The Grandest Stage of Them All”. Expect the U.S. release on May 4th, 2021.

Like for all the PPV DVDs, there will be a collectible trading card found in the packaging of the North American version – this one will feature Seth Rollins. 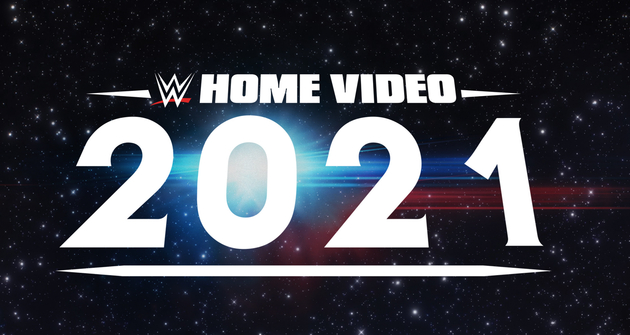 Royal Rumble 2021 officially released on DVD to fans in the U.S. this week; grab your copy of it here on Amazon.com (the UK gets an exclusive Blu-ray later this month!)

Special thanks to WDN reader “TheDVDFreak” for passing along the video and photos you see here. 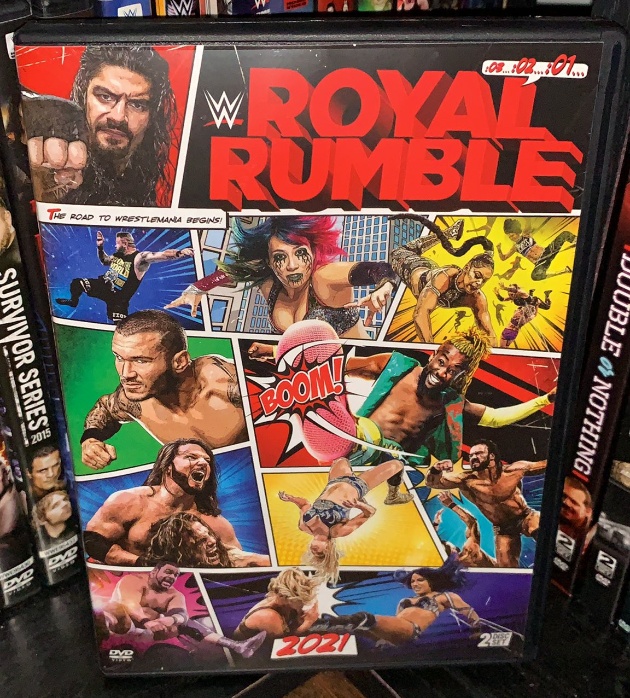 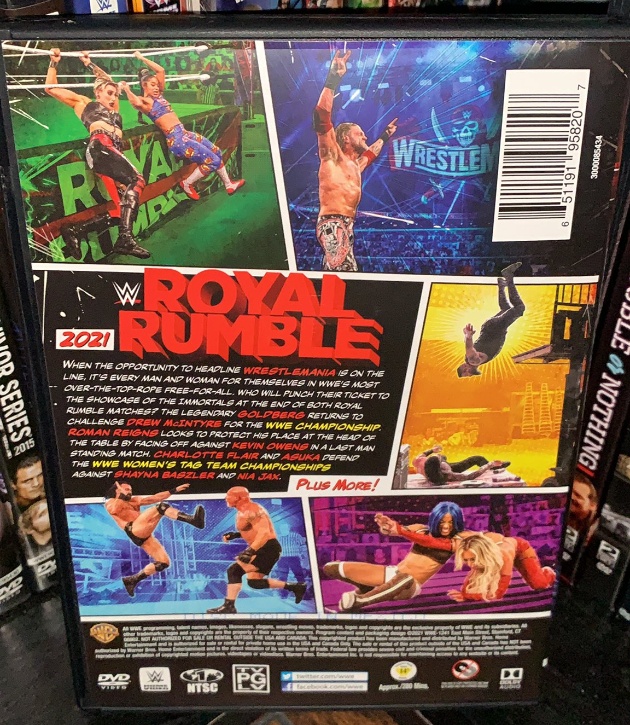 When the opportunity to headline WrestleMania is on the line, it’s every man and woman for themselves in WWE’s most over-the-top-rope free-for-all. Who will punch their ticket to The Showcase of the Immortals at the end of both Royal Rumble matches?

The legendary Goldberg returns to challenge Drew McIntyre for the WWE Championship. Roman Reigns looks to protect his place at the head of the table by facing off against Kevin Owens in a Last Man Standing Match. Charlotte Flair and Asuka defend the WWE Women’s Tag Team Championships against Shayna Basler and Nia Jax. PLUS MORE! 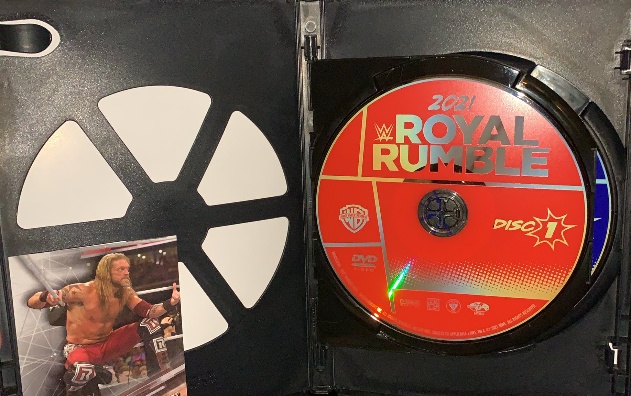 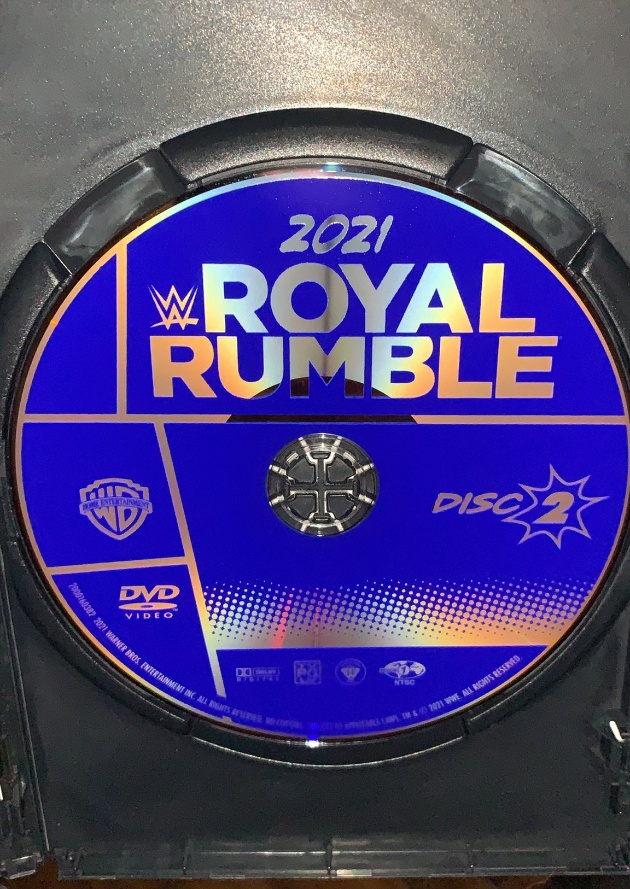 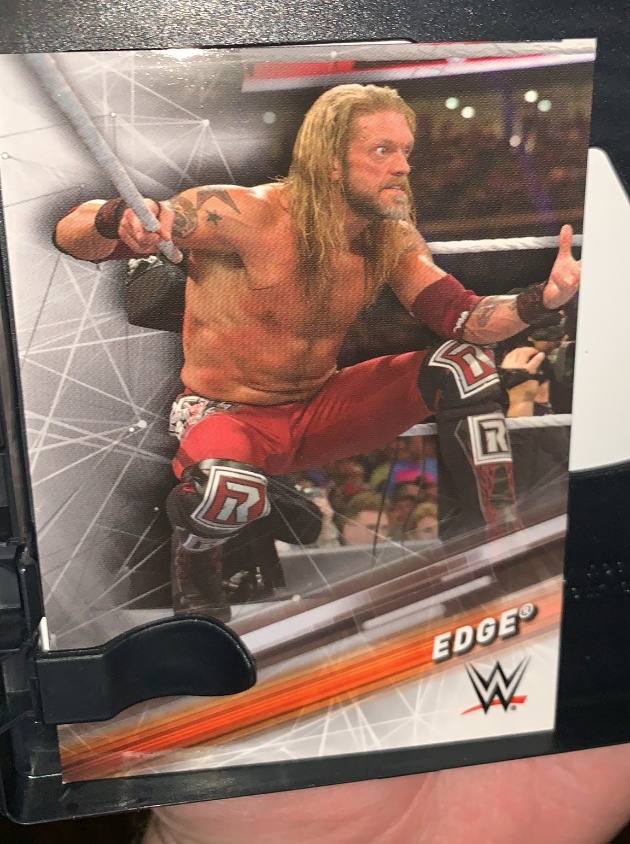 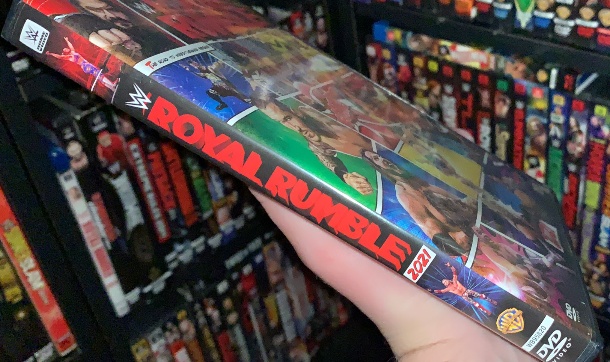