…with a few stock issues, however.

For example, we hear Amazon pre-orders for ‘Mania didn’t all ship out when they were scheduled to, and right now the Amazon.com product listing for the DVD states an expected delivery time later this month between May 30th and 31st. The wait time on the Blu-ray appears to be more severe at the moment with the Amazon page suggesting it “ships within 1 to 2 months”.

Nonetheless, WrestleMania 38 remains Amazon’s “#1 New Release” and “#1 Best Seller” in Sports home video, and the products thankfully do exist, as you’ll see below with a selection of photos of the DVD version sent in by WDN reader Matthew Tremble.

The 3-disc DVD collection and 2-disc Blu-ray pack in both nights of WrestleMania, plus on both formats WWE has included The Undertaker’s Hall of Fame induction speech in full, as an extra! 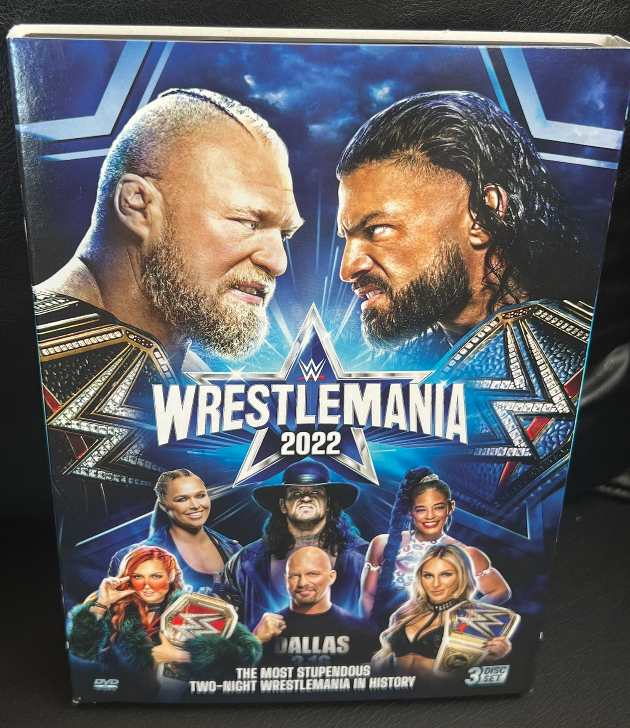 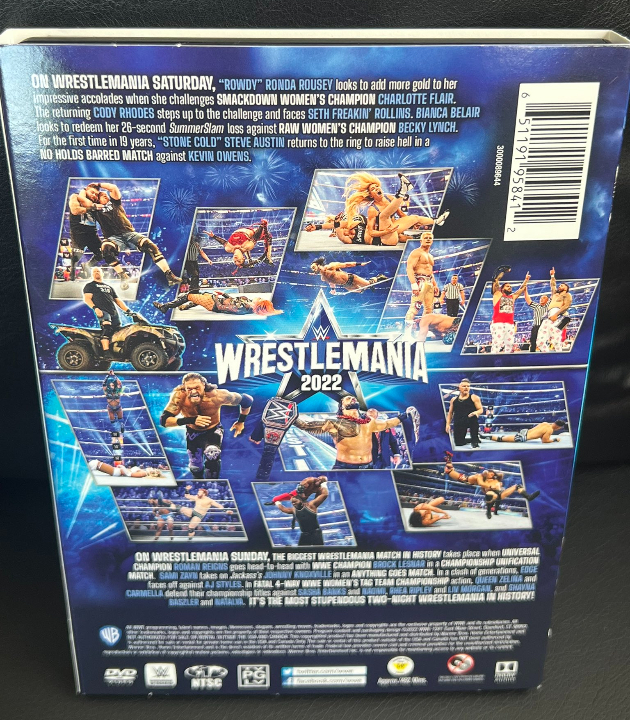 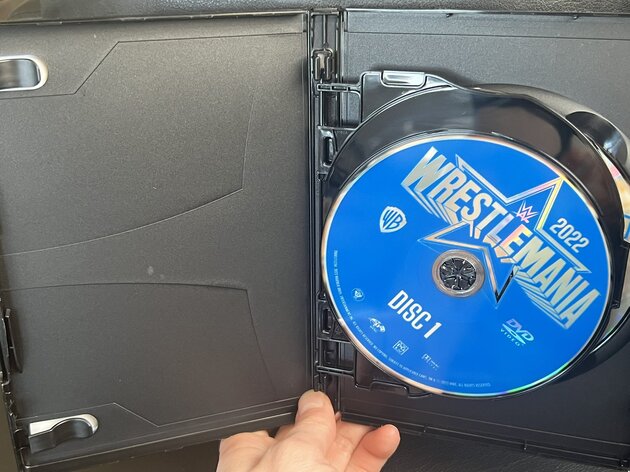 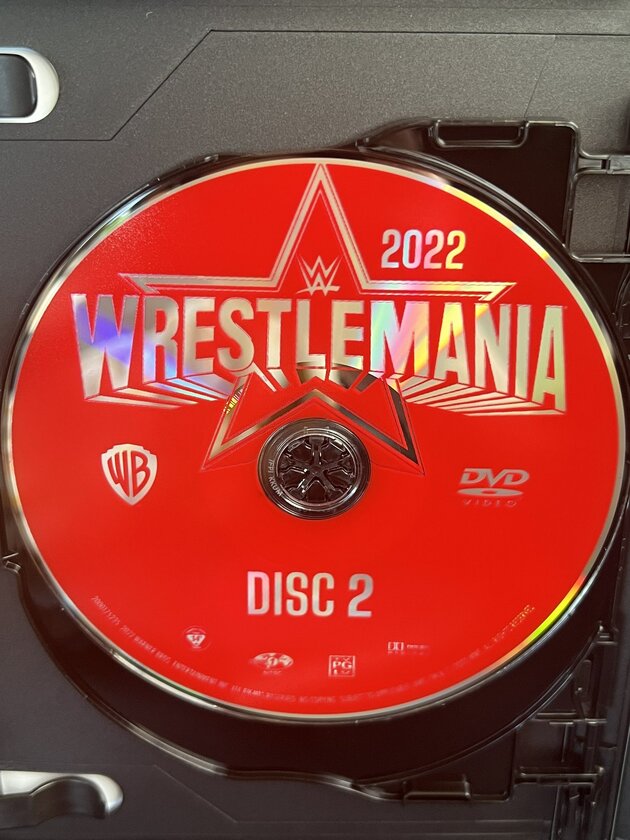 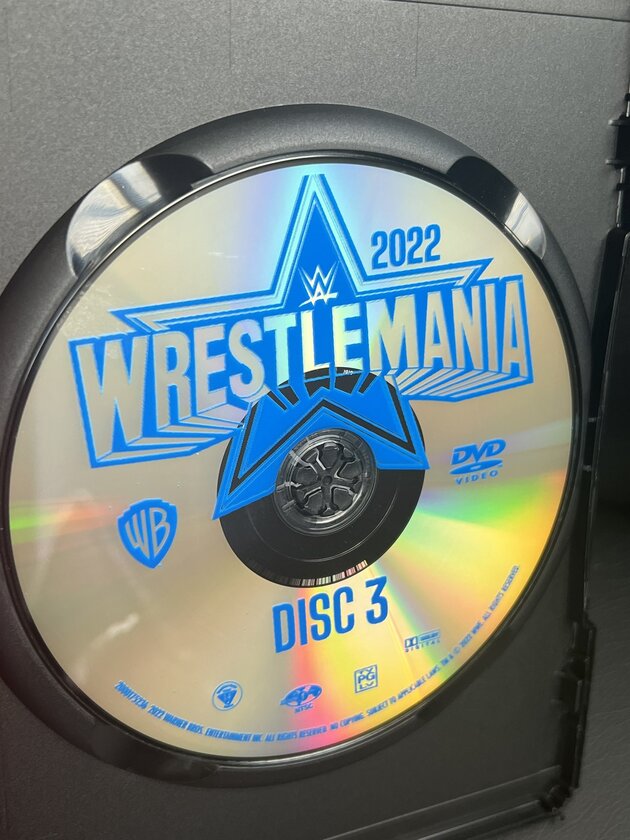 – United States: NOW! Head to a store or if less urgent order here on Amazon.com. 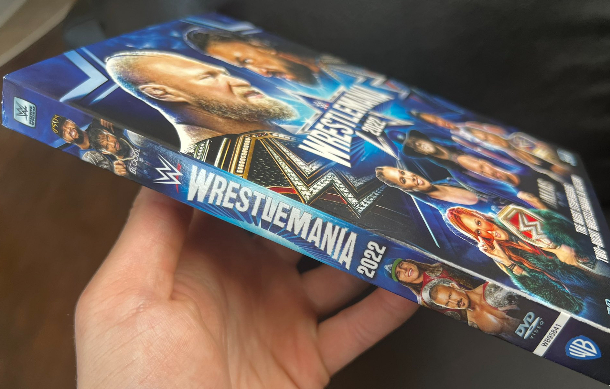 Also this week, WWE finalized the artwork for WrestleMania Backlash 2022 on DVD!

Get a first look at the complete box artwork right here — the design features Edge on the front cover, Charlotte Flair and Ronda Rousey on the spine, and lots of action shots on the back. 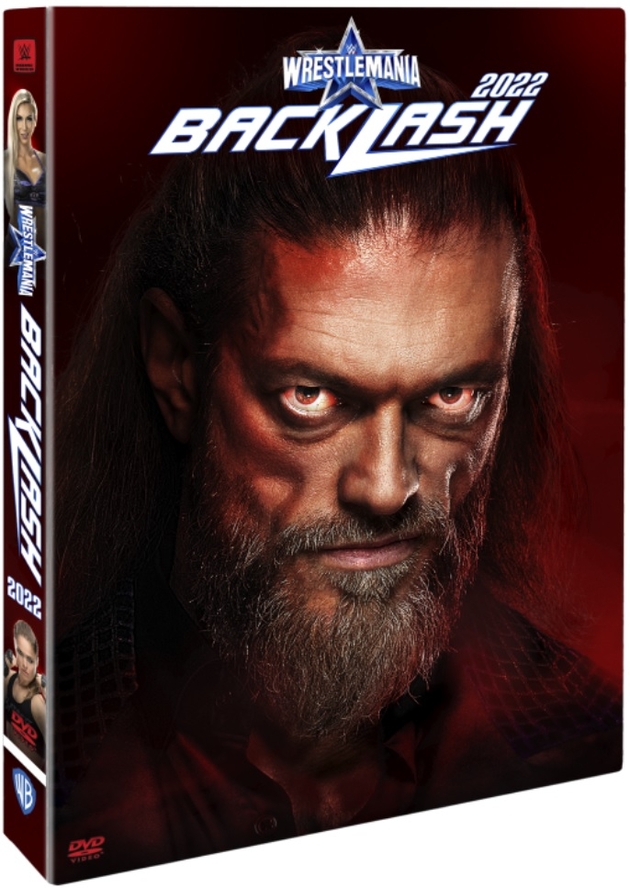 In an “I Quit” Match, Charlotte Flair puts her legacy and SmackDown Women’s Championship on the line against “The Baddest Woman on the Planet,” Ronda Rousey. In a rematch from their legendary encounter at The Showcase of the Immortals, “American Nightmare” Cody Rhodes battles Seth Freakin’ Rollins.

“The All Mighty” Bobby Lashley tangles with “The Nigerian Giant” Omos. Edge and AJ Styles collide in a WrestleMania rematch. Roman Reigns and The Usos go head-to-head with Drew McIntyre and RK-Bro in Six-Man Tag Team action.

Plus more! Championships will be defended, scores will be settled, and WWE Superstars will feel the WrestleMania Backlash! 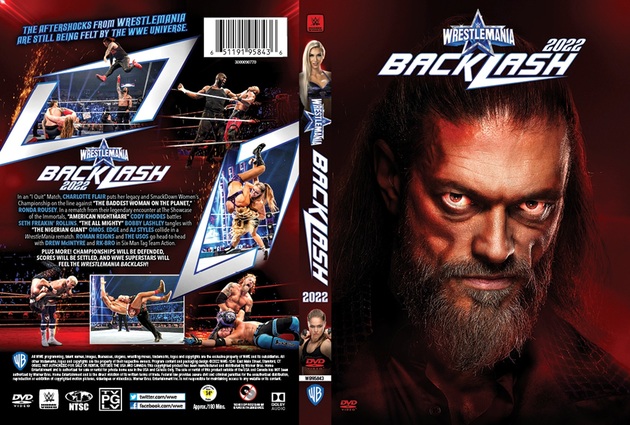 The Bloodline vs. Drew McIntyre and RK-Bro 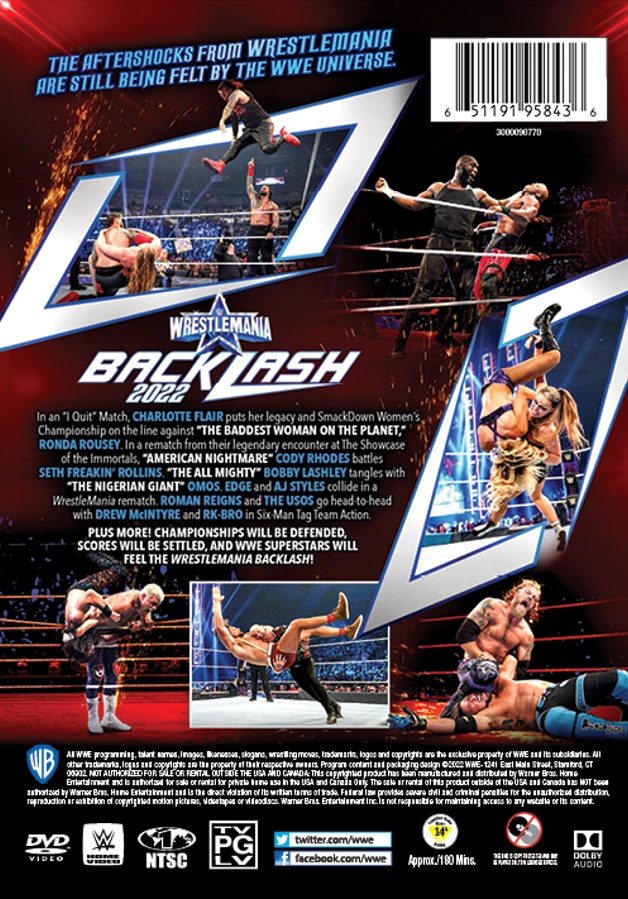 On the AEW side of things, while they haven’t released a new DVD via their website for while, one actually has surfaced in recent weeks as an All Elite Crate Exclusive (only available in the company’s monthly subscription crate).

It’s an official AEW DVD release, therefore it’s been added to our AEW DVD List. It’s a single-disc offering that features 9 matches. Below we have a couple of photos.

On the IMPACT Wrestling front, the company recently released another VHS like they did for Slammiversary, this time for Bound for Glory 2021. Their shop site also now has a Rebellion 2022 PPV DVD up for pre-order, releasing in July. 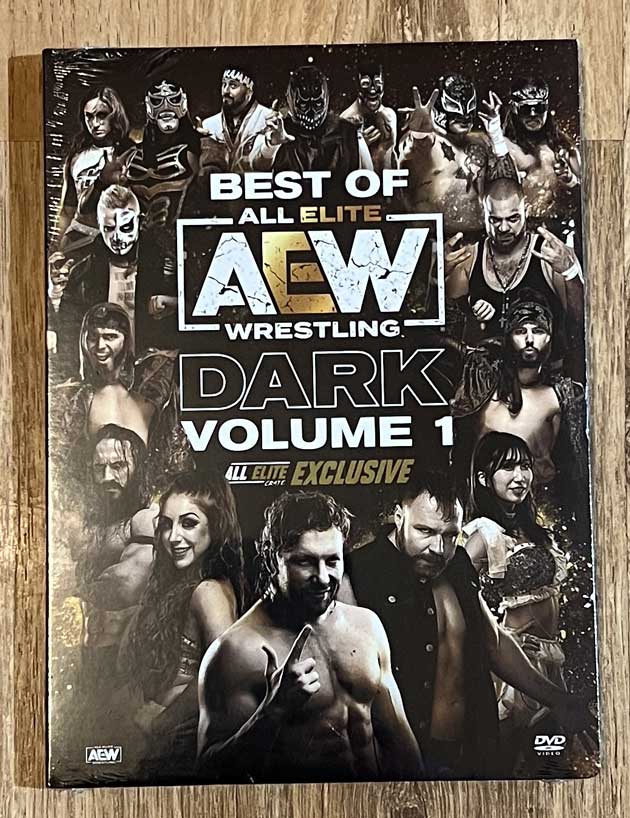 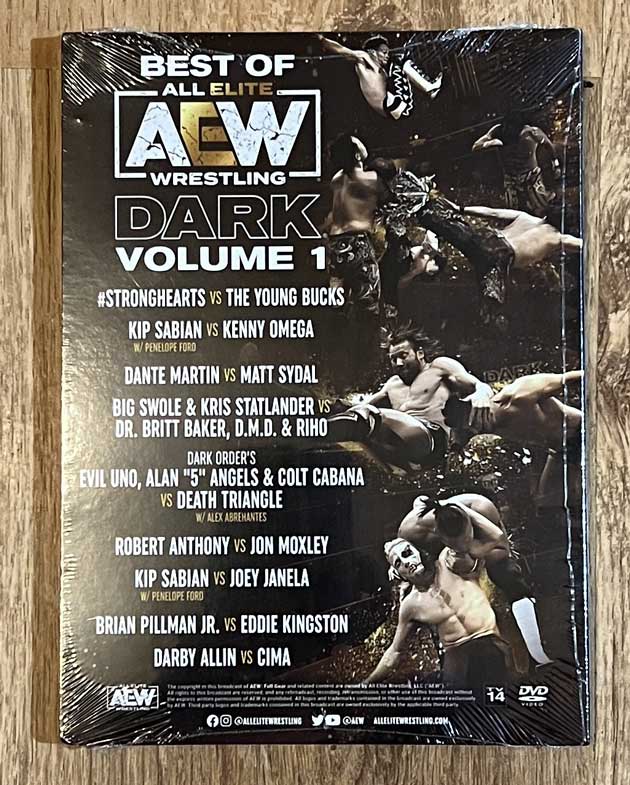