One major reason WWEDVDNews exists is because of my passion for WWE DVDs. As far as collecting goes that’s what I’m dedicated to. I’m not too interested in having a plethora of wrestling figures, T-Shirts, magazines etc or anything else.

However my absolute favourite wrestling event was WrestleMania X-Seven – perhaps to the point of obsession – and over the years I’ve wanted to collect anything and everything related to it – reluctantly figures too! I didn’t attend 2001’s extravaganza (only had the pleasure of going to WM24) but if I had a time machine I certainly would.

Here are photos of my WM17 collection, and I hope you get some enjoyment out of them. It felt fitting to post the pics now with the ten year anniversary of the event. For my money (literally!!) the greatest WrestleMania of all time, no matter how much WWE tries to forget about it. 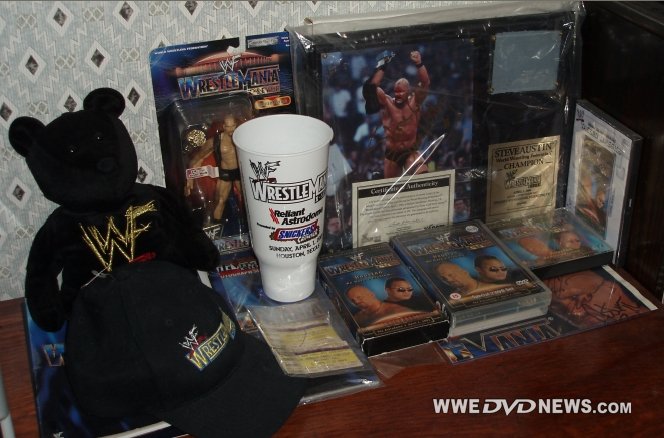 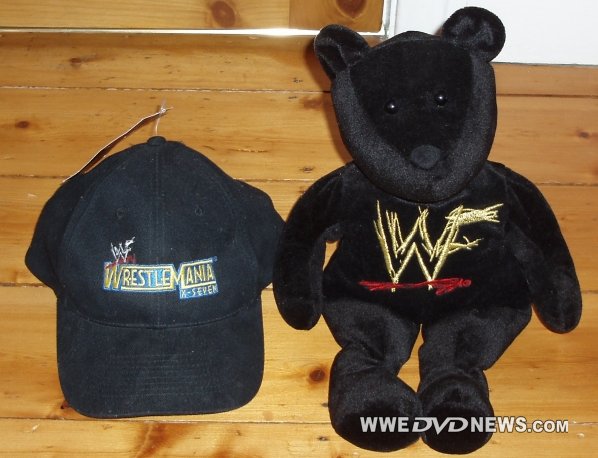 A teddy bear?? Really? Well yes because it’s a WrestleMania X-Seven bear and I’ve never seen another one since! 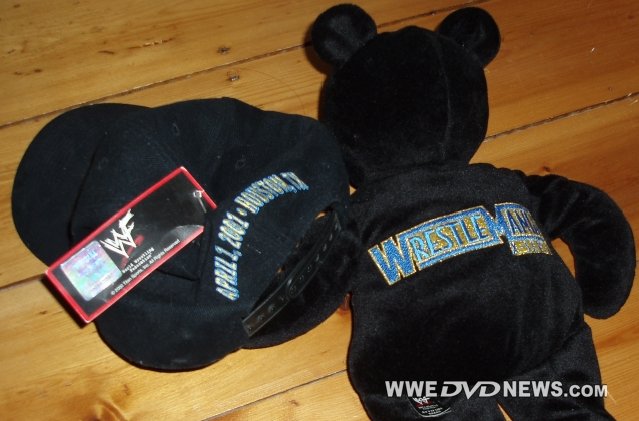 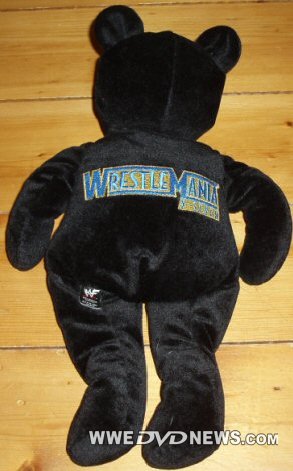 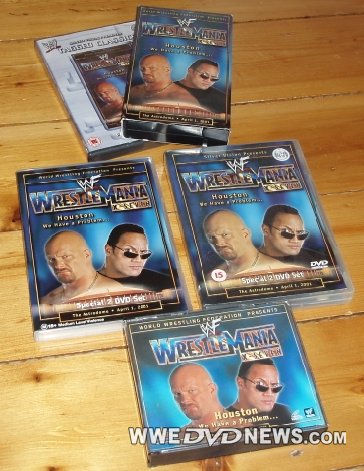 DVDs are of course integral to the collection. Lost count how many times I’ve watched WM17. Official DVD, VHS and VCD formats in here! 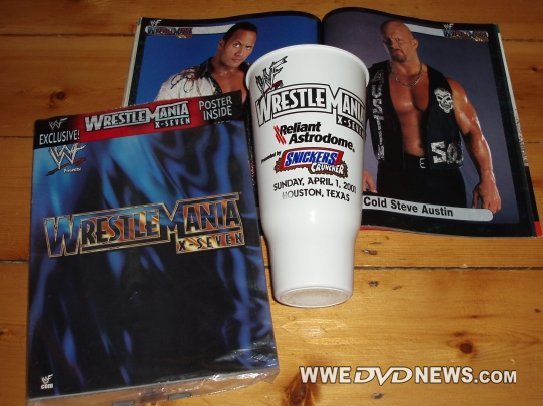 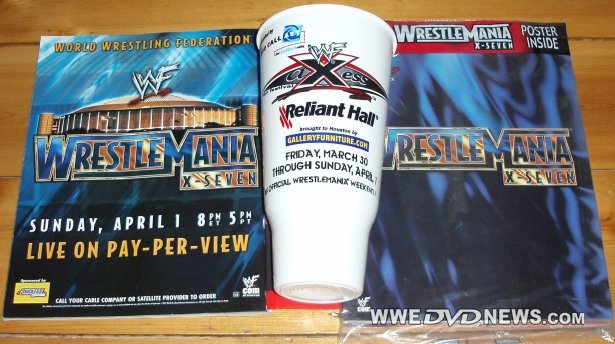 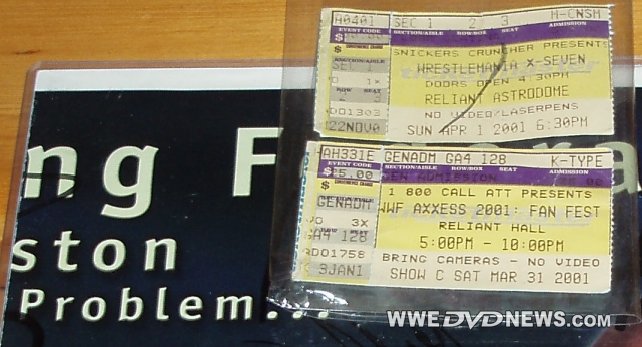 I couldn’t pass up the chance of having a cup from Axxess and ticket stubs from the weekend’s events – stuff you’d never find again! 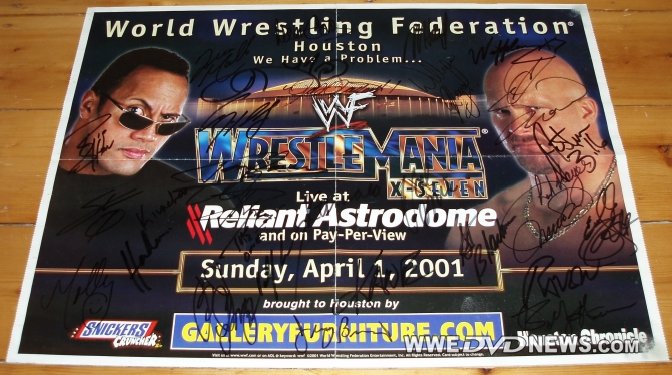 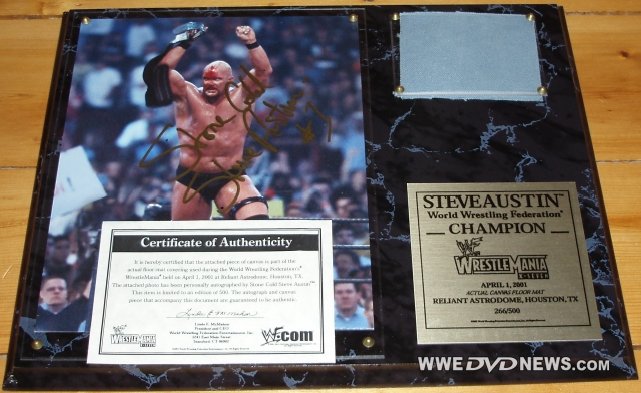 The signed poster looks good enough to frame so I may do one day. If you ever find one of the Austin commemorative plaques don’t hesitate to buy it! 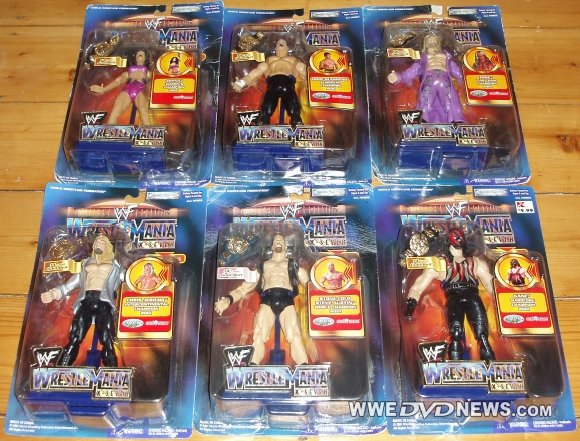 Figures were made of superstars who walked out with championship gold that night. I’ve never collected figures but had to have these. You get it by now! 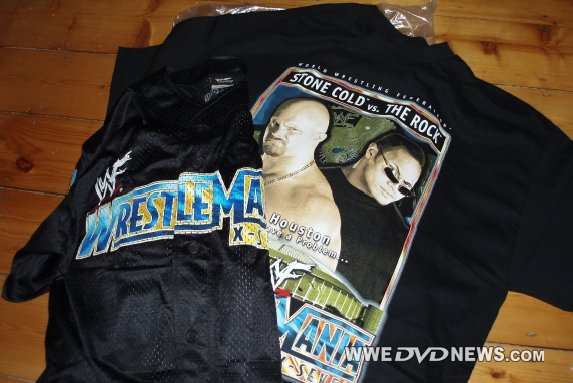 The centerpiece of the collection; a ringside chair from the event signed by lots of stars. I just need The Rock’s signature to go along with Stone Cold’s! 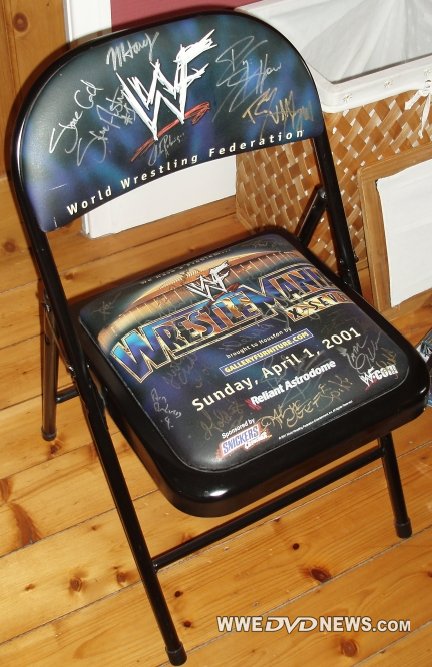