Kayfabe Commentaries released their latest DVD/On Demand offering today – the third edition of “Back To The Territories“. In this edition Jim Cornette is joined by Lance Storm to discuss Calgary Wrestling.

Check out the trailer for Back To The Territories: Calgary below.

In other Kayfabe Commentaries news, the KC Team recently announced that they will be interviewing WWE Hall of Famer, Scott Hall for an upcoming YouShoot release. As always you can submit your questions for “the bad guy” by clicking here.

Earlier this week we launched our first WWE DVD Giveaway of the week, and today we have another giveaway for two awesome recently released WWE DVDs. Find out all the details below: 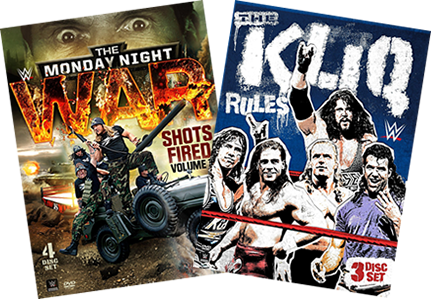