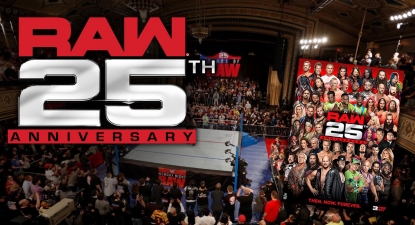 The 3-disc DVD set will contain the complete “RAW 25” episode emanating from the Barclays Center and Manhattan Center (running for approx. 2 hours and 10 minutes commercial free), the pre-show that kicked off the celebrations (approx. 42 minutes in length here), and as we revealed last week a few additional extras that are speculated to unveil off-air footage from the evening.

A countdown of the Top 25 Moments in RAW History will round out the release. This lengthy feature will fill the majority of Disc 2 and the entirety of Disc 3 and therefore likely presents each moment in full. Our information suggests that the countdown could run close to 4 hours and 45 minutes!

Add 25-years of Monday Night RAW to your DVD collection; pre-order “RAW 25th Anniversary” by clicking here to Amazon.com. Fans in the UK can do the same here on Amazon.co.uk.

WrestlingDVDNetwork.com has your exclusive first look at the full chapter listing; check it out… 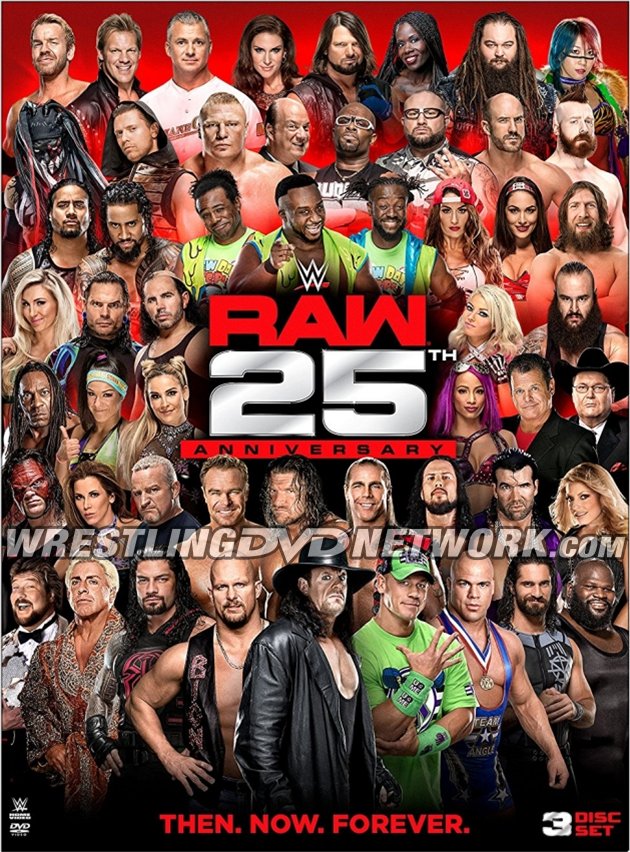 Enzo Amore Opens Up On His WWE Release