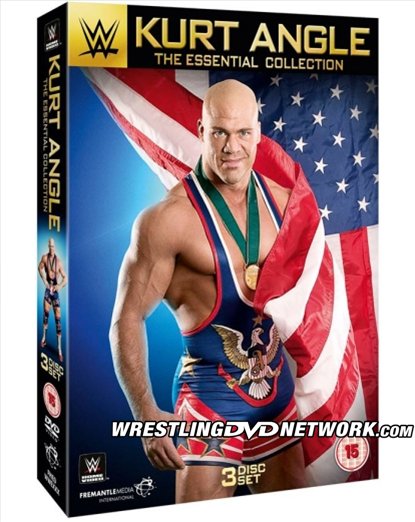 Next up for a WWE DVD content reveal is the anticipated “Kurt Angle: The Essential Collection” — WrestlingDVDNetwork.com has the first batch of match picks!

We’re able to confirm the inclusion of 2 matches that were hinted at in the official trailer; Kurt’s first WWE Championship win and his all-time WrestleMania classic with Shawn Michaels.

— No Disqualification Match for the WWE Championship
Kurt Angle vs. The Rock
No Mercy • October 22, 2000

And we can exclusively reveal that the following match in his rivalry with Edge has made the cut:

Heads up, for a limited time you can pre-order the 3-disc DVD for only $16.49 by clicking here.

We’re hearing that earlier this week WWE finalized the content listing for the 8 hour and 44 minute compilation on Kurt Angle and that we’ll all get eyes on it any day now. Fact! 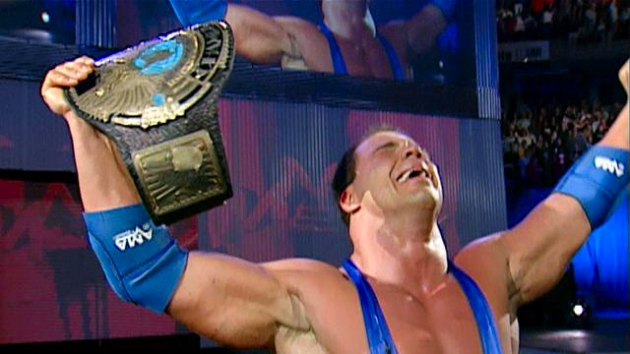 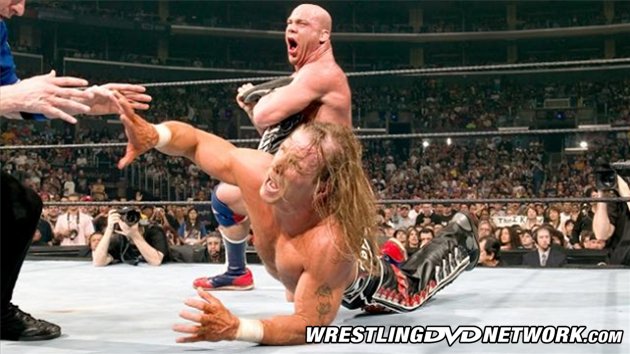 WrestleMania 33 hit stores this month amid the news that the domestic versions of the DVD and Blu-ray do not include any of the Kickoff Show. This has led to reports online that WWE purposely left them off to encourage WWE Network subscriptions. However, that is but a myth.

Instead the reasoning was solely due to space issues given the long runtimes of the event and the Hall of Fame ceremony. Not being able to fit on the Kickoff matches in their entirety combined with a tight time frame before the release led to the decision. The UK’s release is not until June 5th allowing the UK licensee, FremantleMedia, more time to execute a plan to include the extras, which ended up seeing the entrances of the matches cut but the full bell-to-bell footage left intact.

On the subject of WrestleMania DVDs, it was reported here last summer that plans were in place to re-release WM16 through 24 as individual releases, somewhat of a follow up to the WM1-15 DVDs. That hasn’t happened yet and judging by our feedback the WDN readers wish to know why.

We stand by our report as wholly true, however we can only assume that the titles ran into some sort of production or licensing issues because the original plan was to have the DVDs on shelves prior to this year’s WrestleMania season. The project appears to be on the back burner for now. 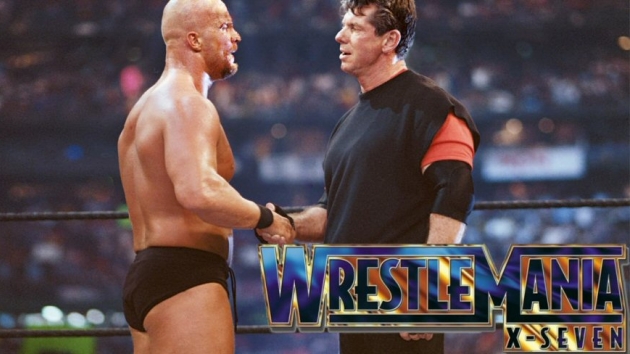 In recent months there has been speculation that Amazon were cancelling WWE DVDs entirely. This is untrue – all upcoming titles previously made “unavailable” have now returned.

With some Home Video releases now DVD-only there has been some concern from readers that the company is moving away from the Blu-ray format. However, Blu-rays are still coming as before with WWE now being a little more selective as to which DVDs go Blu-ray too.

Essentially, the more major titles do see a release on both formats and at the moment it appears that the documentary sets are taking precedence, a trend that you may have noticed looking at the Blu-rays we have on the remainder of the 2017 schedule:

Some past titles have been slow sellers on [Blu-ray] so we’re considering each title and whether [they are] commercially viable on both formats. Unfortunately when it comes down to one or [the] other, DVD is still the most popular format by a wide margin. 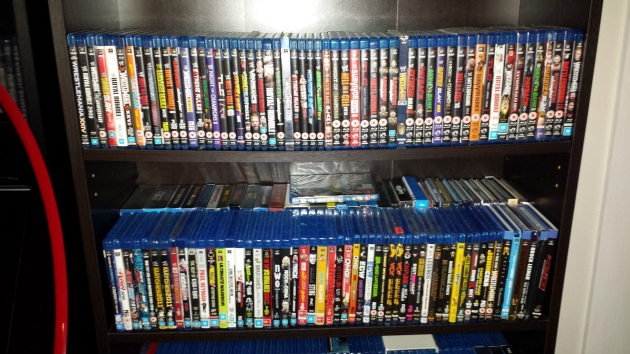 Following The Undertaker’s retirement the rumors and speculation has spread on WWE producing a big ‘Taker DVD box set with a documentary main feature. This is a myth for now as there is nothing of the sort currently scheduled for 2017 and no solid indications for 2018 as of now.

If it does happen, this is a title sure to have a Blu-ray counterpart.

The “WrestleMania 33: Amazon Exclusive” with Undertaker collectible coin may have just turned into a myth too. The product page of the Canadian offering now reads “currently unavailable” and a few readers have been in touch to say their order never shipped! Did yours? 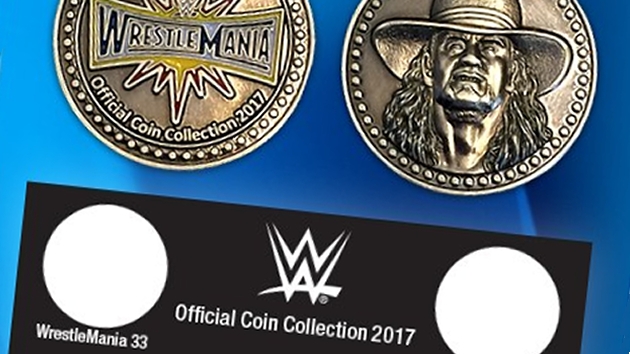 EBAY WATCH: Not enough Blu-ray in your WWE collection right now? All of these are going cheap in eBay auctions this weekend, including The KLIQ and Jerry Lawler documentaries…

No re-releases yet, but there’s 2 copies of the original print WWF WrestleMania 16 DVD up for grabs on eBay this weekend and the very first DVD that WWE ever put out… 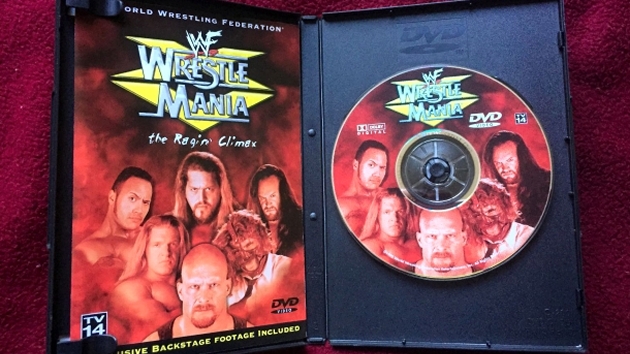 75 Comments left on this article...