As announced earlier this month, the DVD is a shoot interview with a twist – Jimmy Hart’s career in music is the focus. 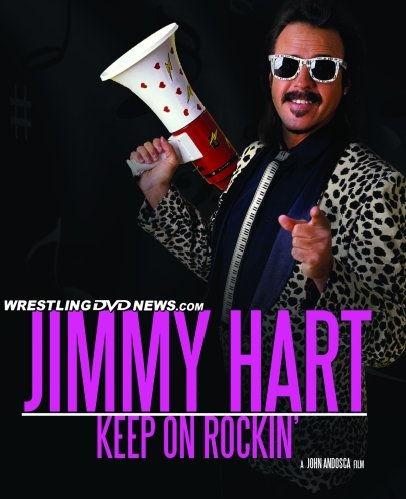 You can watch the debut trailer here and get all the details on what’s included. Below we have a exclusive new preview clip of the interview conducted with Hart.

The History of WWE: 50 Years of Sports Entertainment was also released today!

Dan Epps found the DVD version on sale for just $14.99 at K-Mart and sent in this pic. 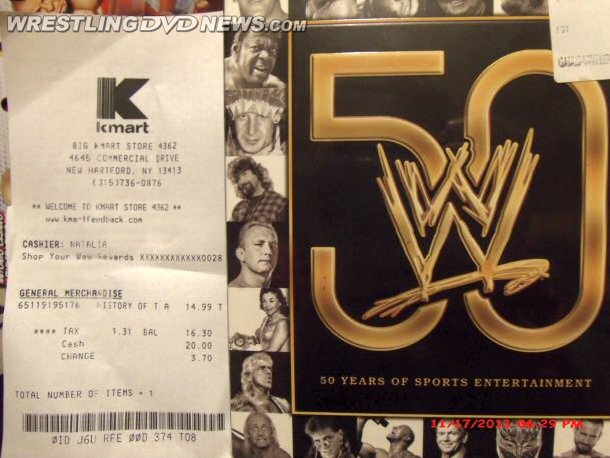 Hell in a Cell 2013 is the next incoming WWE DVD release and hits stores one week today! You can pre-order that for just $10.99 by clicking here.

We have confirmation of runtimes for each of the 3 extra features present on the DVD and some first look screenshots below. 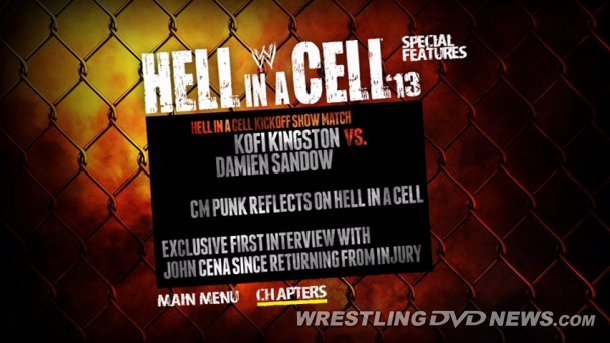 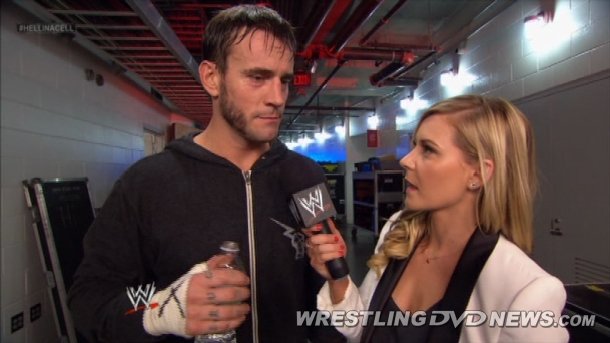 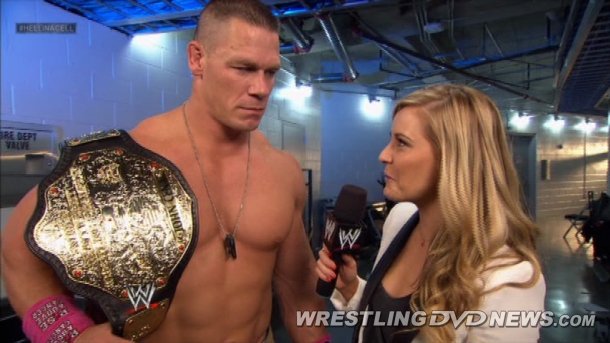 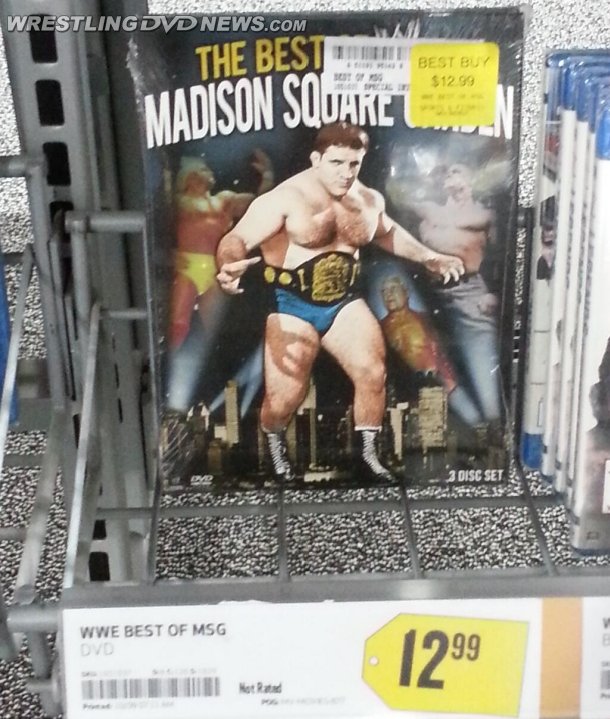 If online buying is your thing, until Friday WWEShop are offering 20% off and FREE shipping on all $50+ orders placed on the site and that includes your DVD and Blu-ray pick-ups.

Use promo code “NOV20” at WWEShop.com by clicking here 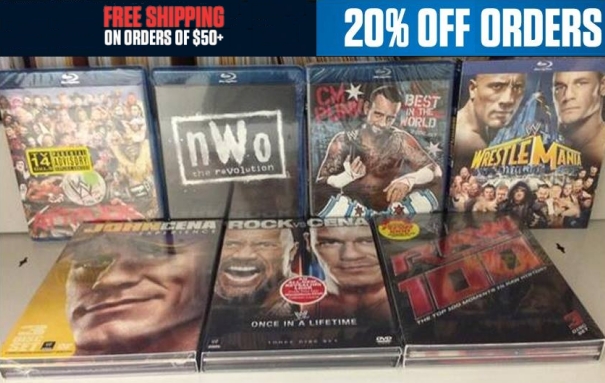 Early next year Australia will get a “WWE: 2013 Ultimate Pay-Per-View Collection” box set of all the PPV DVDs of this year bundled together. You may recall the same was released for the 2012 PPVs in that region, the artwork for which is shown below. 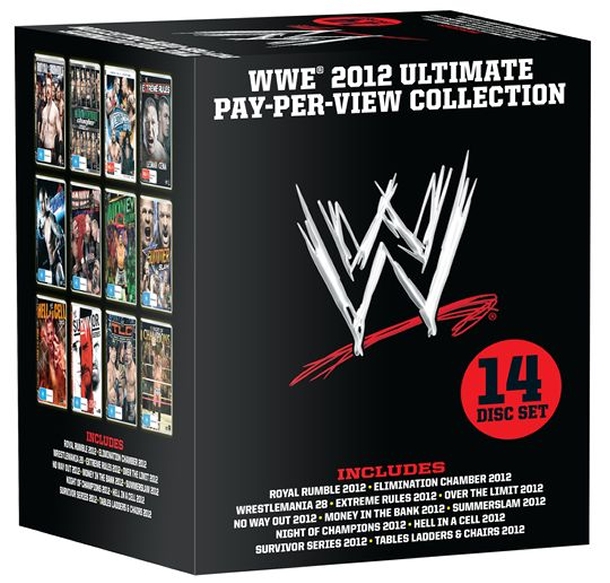 The most recent “Fan Council” survey issued by WWE looked at video formats and “side bars” shown on standard definition material. In the survey four video formats were shown to the respondent – two with “side bars” (pure black or patterned) and two with stretched out footage covering the full screen. The respondent was asked to give their opinion of each format shown and choose the one which they felt was the best viewing experience.

A screenshot of the video format with patterned bars is shown below. 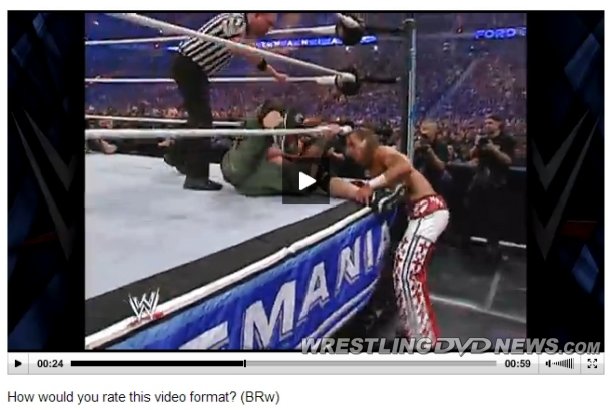 You will be shown four different formats of the same video footage as it would appear on your TV, smartphone or tablet. After each video, you will be asked to rate the format.

Please look at the shape, size, and overall appearance of the full screen, NOT the sound quality or picture resolution.

A huge lot of 84 WWE DVDs is being auctioned off later today. It contains a good mix of rare out-of-print WWF DVDs like Royal Rumble 2000-2002 and recent releases such as The Attitude Era and Triple H: Thy Kingdom Come! Click here or the pic below to go to it. 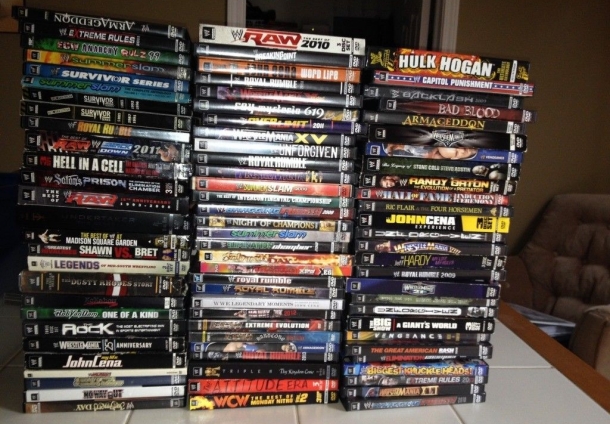