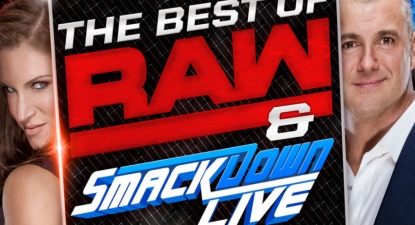 The second WWE DVD cover reveal this week goes to “The Best of RAW & SmackDown 2016”, and you’re about to lay your eyes on it right now! 👀

Joining the RAW authority figures of Stephanie McMahon and Mick Foley, and the SmackDown Live leadership of Shane McMahon and Daniel Bryan, the newly unveiled artwork features a selection of Superstars from their respective rosters. Front and center for RAW — “The Guy” Roman Reigns; front and center for SmackDown Live — “The Phenomenal” AJ Styles.

“The Best of RAW & SmackDown 2016” is on the way for February, a 3 disc DVD set packing in “every shocking development”, “every major match”, and “every key moment” that made the New Era of 2016 an incredible year for WWE. Just some of the confirmed content so far includes: 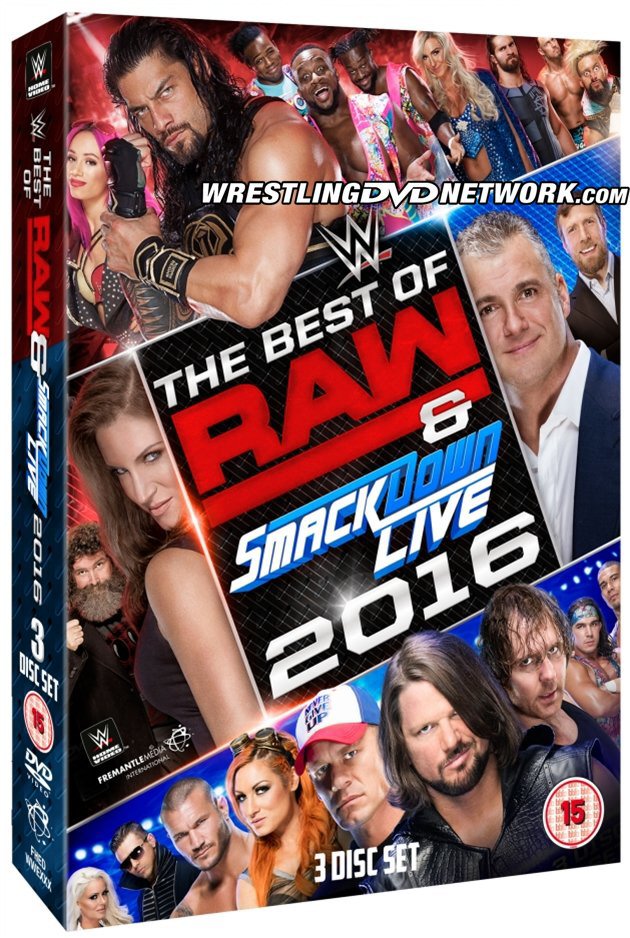 Just released to fans in the United States this DVD Tuesday is the Hell in a Cell 2016 DVD.

Amazon’s page suggests they are already out of stock of it, however third party sellers on the site have it available now and priced from only $7.89 here on Amazon.com.

Check out the official trailer for today’s WWE DVD offering:

New information we’ve received today here at WrestlingDVDNetwork.com reveals that there are plans for WWE to release Survivor Series 2016 as a double-disc DVD!

Early word is that fans in the United States will get the DVD over 2 discs to accommodate the full pay-per-view event and extra features on top, while the UK’s Survivor Series 2016 DVD looks to be a single-disc release as usual, which will NOT include the additional bonus content.

However, the UK exclusive Blu-ray will include the PPV, those DVD extras, and Blu-ray extras too!

The official cover artwork for both DVD and Blu-ray was unveiled yesterday: 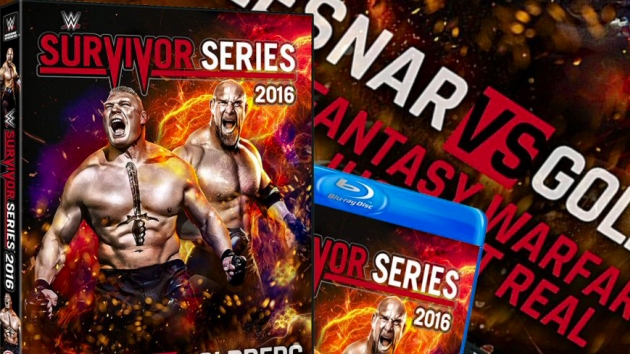 Follow the links below to get bidding on these auctions that contain big lots of recently-released WWE DVDs/Blu-rays and WrestleMania’s well worth collecting, a Macho Man box set ending today, and a still-sealed, original WrestleMania Anthology box set ending tomorrow! 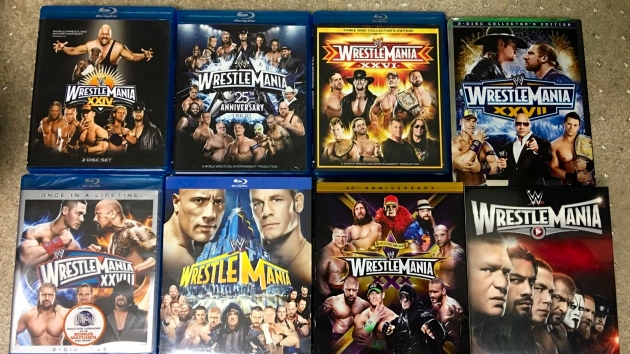