As of today you can add another 16 WWE DVD and Blu-ray titles to the list of potential releases for next year!

WWE has sent out another survey to “Fan Council” members (the third following this survey and this one issued less than a month ago) gauging interest in several 3-disc DVD ideas.

You can see all of the options below and they include the likes of Volume 2 follow ups for The Attitude Era and “OMG!”, plus compilation and documentary sets on Bruno Sammartino, Ultimate Warrior and Paul Heyman. Thanks to Chris and other WDN readers in “Fan Council”. 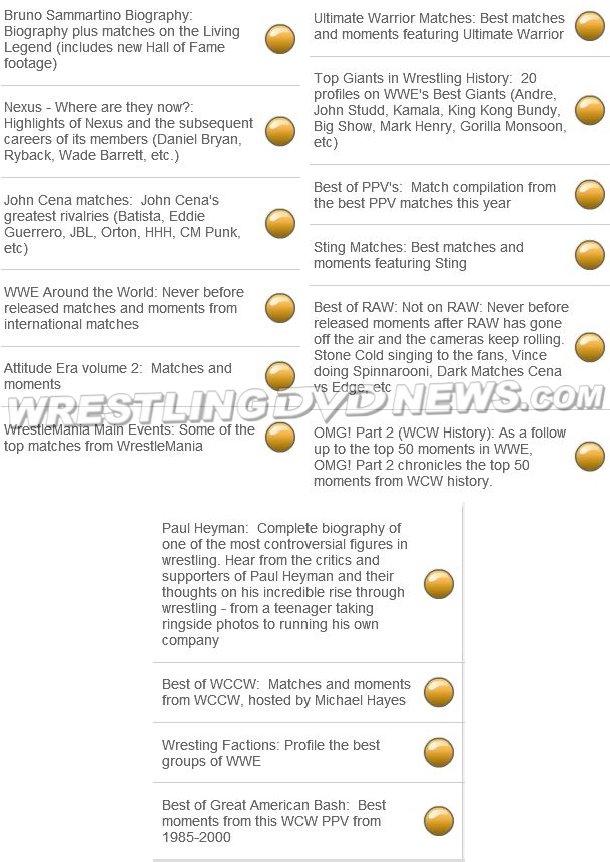 If you haven’t been issued the survey then take our poll below to show your interest.

In the official survey the 16 titles were presented as options in the following contexts.

How likely are you to purchase the following DVDs if they were available in retail stores for $19.99?

Please select the following titles which would round out your collection.

Please select the following titles you would be proud to own.

Which would you watch over and over?

Which would be a collectible item?

Which would make a good gift?