The release of WrestleMania 33 to the UK is just a finger tip away!

It’s scheduled to hit stores there this coming Monday, June 5th. Along with the standard DVD and Blu-ray, fans in the UK will also be treated to an alternate version of the 3-disc set with completely different artwork to that we’ve seen thus far in the United States and other regions.

WrestlingDVDNetwork.com is here to give you an exclusive first look: 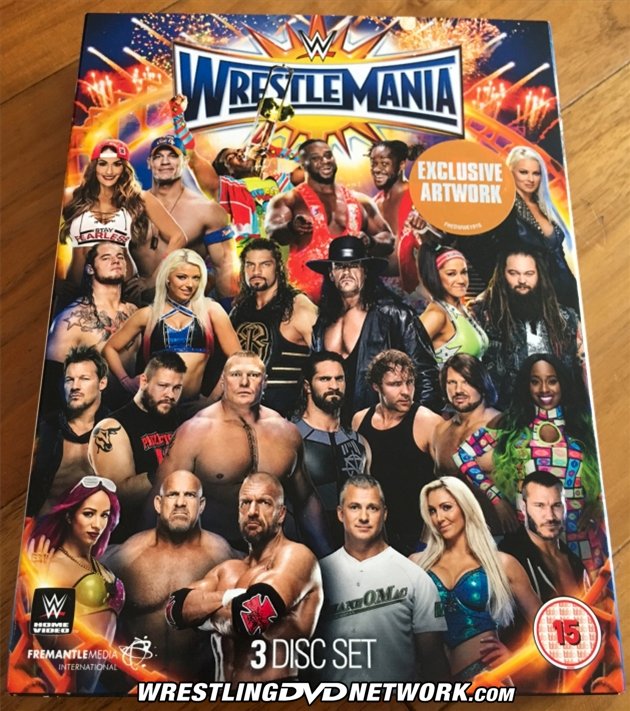 The alternate artwork for WM33 will be found in-store at Sainsbury’s next week, while ASDA will be stocking an exclusive of their own that bundles six WWE Top Trumps cards in the packaging. 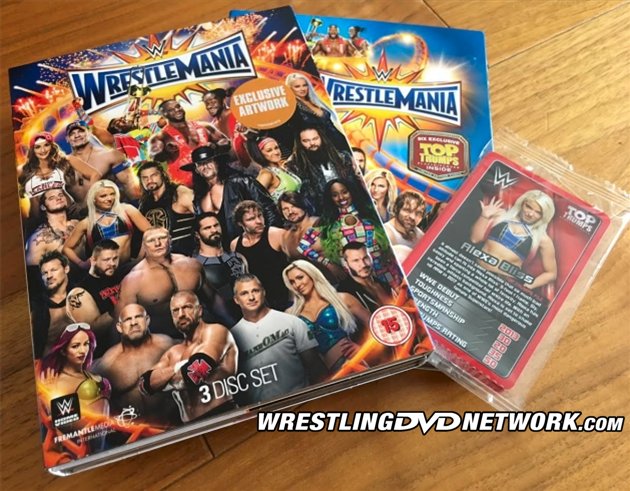 WWE officially released the “Seth Rollins: Building The Architect” DVD this week — and it’s already the “#1 New Release” in the Sports category here on Amazon.com.

In addition to an 8-hour compilation of his greatest matches to date, the DVD includes a brand new interview with Seth Rollins. Below, check out a preview of those interview segments in which Rollins talks about having goosebumps sharing the ring with the legendary Undertaker.

Seth, then part of The Shield, took on Undertaker in 6-man tag match broadcast from London:

“The Architect” battling The Undertaker is just one of 19 matches featured on the 3-disc DVD set! 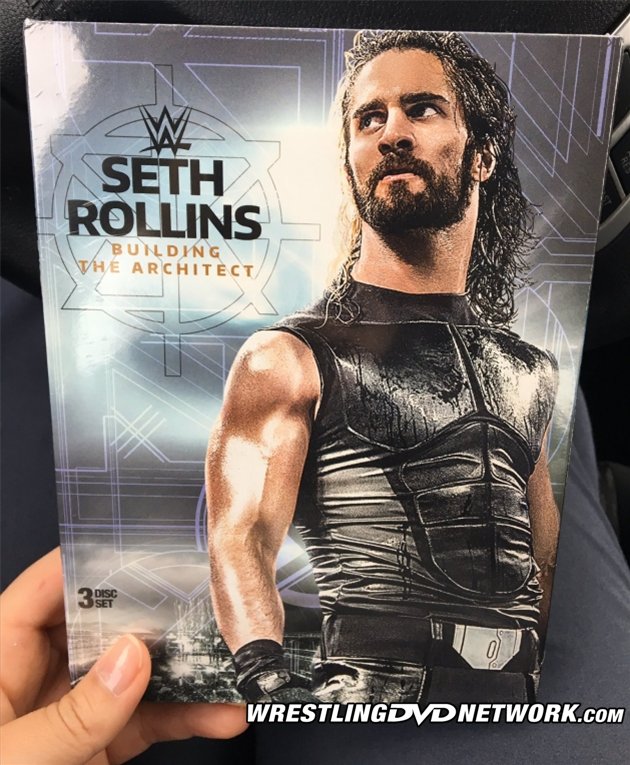 “Double Feature: Payback & Backlash 2017” will be the WWE DVD offering for June in the USA.

The cover artwork of the 2-disc DVD set has been finalized as the below, featuring Chris Jericho and Shinsuke Nakamura. Temporary artwork for the next forthcoming “Double Feature” pack – Extreme Rules and Money in the Bank 2017 – has also just surfaced: 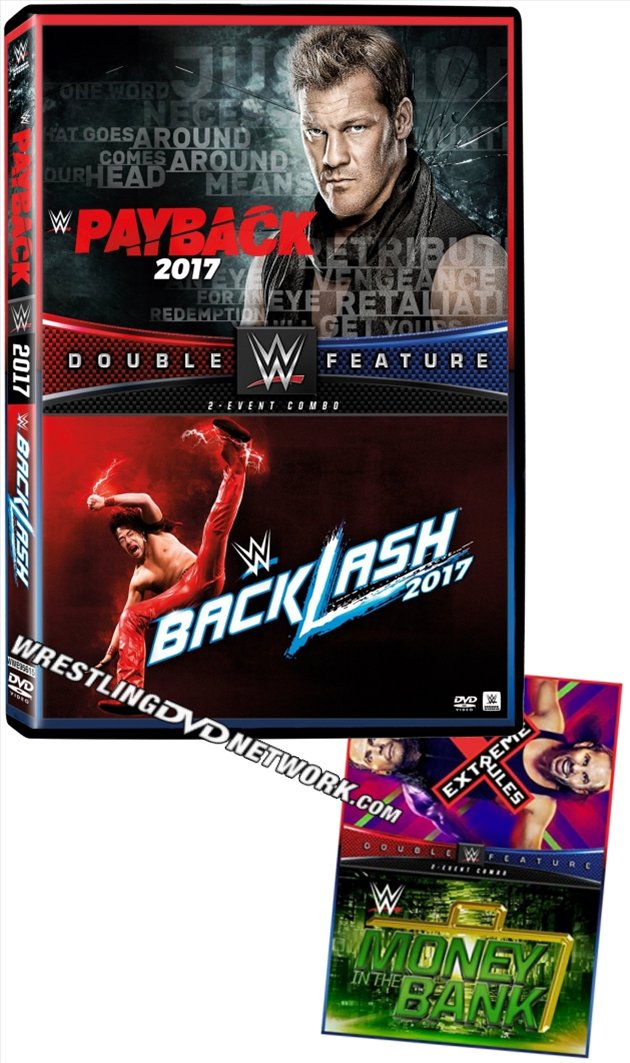 40% OFF SALE: Heads up to Australian fans, until June 18th JBHiFi.com.au is running a 40% off WWE DVD and Blu-ray sale! Other than May’s new releases, all titles are up for grabs in the sale, including the big “2016 Ultimate Pay-Per-View Collection” box set.

In an interesting news tidbit regarding Australian WWE Home Video releases, certain Blu-rays put out there as of late have the usual Madman-branded packaging, however inside are the UK version discs produced by FremantleMedia. This looks to be a working relationship between the two regions, allowing the Aussie distributor to offer “limited edition” runs of Blu-ray titles.

Compatibility is not an issue because UK Blu-ray discs, like those in Australia, are Region B. 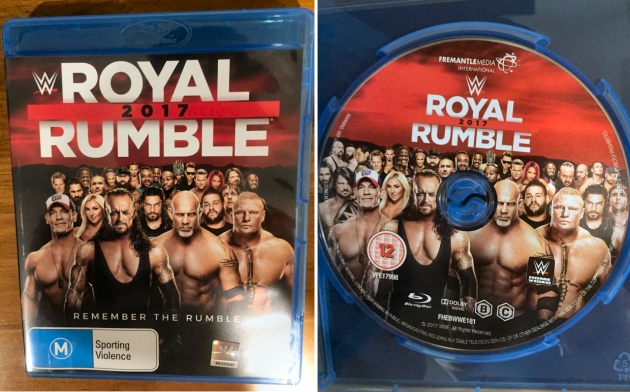 WEEKEND DEALS: Get bidding on this $20 lot of WWE DVDs expiring on eBay in less than 3 hours; it quietly contains two WWF DVD rarities – Royal Rumble 2001 and Invasion 2001!

And the complete collection of 2003 WWE PPVs… 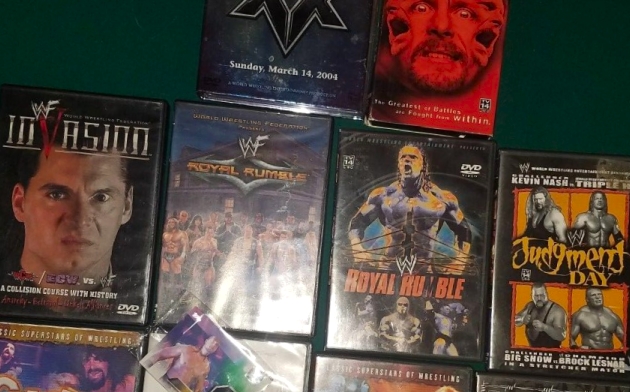