Oooooohhh yeah, it’s another WWE DVD Tuesday and this one is chock-full of unreleased content!

The 3-disc, 9-hour collection of rare and never-before-seen matches, moments and hidden gems hit the United Kingdom yesterday (£22.99; Amazon.co.uk) and has followed in the United States today ($17.89; Amazon.com).

It’s too hot to handle and too cold to hold but at WrestlingDVDNetwork.com we’ve managed to keep the DVD still long enough to take some photos of all the artwork and packaging – so FREAK OUT, FREAK OUT because it’s time for a first look! Dig it! 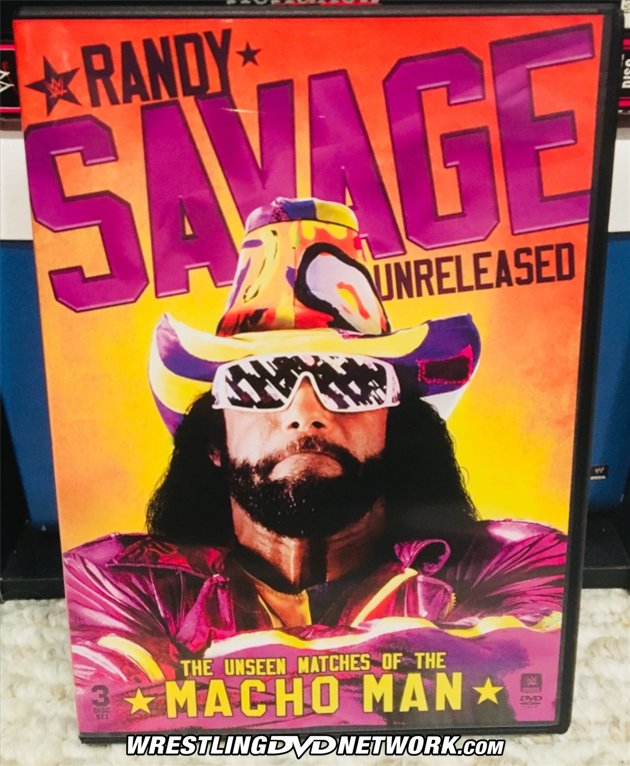 Hosted by Corey Graves (who just hyped today’s WWE DVD on his social media), and joined by present and former WWE personalities Bayley, Sean Mooney and DDP, “Randy Savage Unreleased: The Unseen Matches of the Macho Man” presents a whopping 41 unreleased Randy Savage matches, 8 segments, the “Speaking from the Heart” music video and outtakes too!

We’re talking about nearly 15 years worth of never-before-released Macho Madness featured across the 3-disc set that includes matches only ever broadcast on international TV, a special WrestleMania 3 rematch between Savage and Ricky Steamboat and loads more rare content involving the likes of Andre the Giant, The Undertaker, Hulk Hogan, Ultimate Warrior, Jake “The Snake” Roberts, “Rowdy” Roddy Piper, Ted DiBiase and Steve Austin; a who’s who of WWE legends.

The US release come housed in the new, slimmer style packaging that recently replaced the Digipaks under Warner Bros. distribution in the United States and Canada. A paper insert is found inside which details the full content of the discs, while those discs are ‘stacked’ together in one holder.

Let’s take a closer look – thanks goes out to WDN reader Matthew Tremble for the pics! 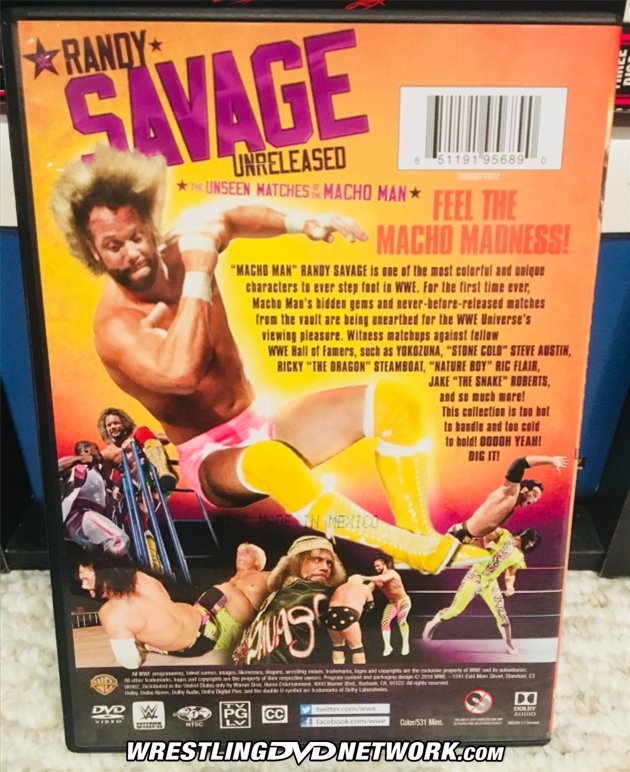 “RANDY SAVAGE UNRELEASED: THE UNSEEN MATCHES OF THE MACHO MAN”

Feel the Macho Madness! “Macho Man” Randy Savage is one of the most colorful and unique characters to ever step foot in WWE.

For the first time ever, Macho Man’s hidden gems and never-before-released matches from the vault are being unearthed for the WWE Universe’s viewing pleasure. Witness matchups against fellow WWE Hall of Famers, such as Yokozuna, “Stone Cold” Steve Austin, Ricky “The Dragon” Steamboat, “Nature Boy” Ric Flair, Jake “The Snake” Roberts, and so much more!

This collection is too hot to handle and too cold to hold! Ooooh yeah! Dig it! 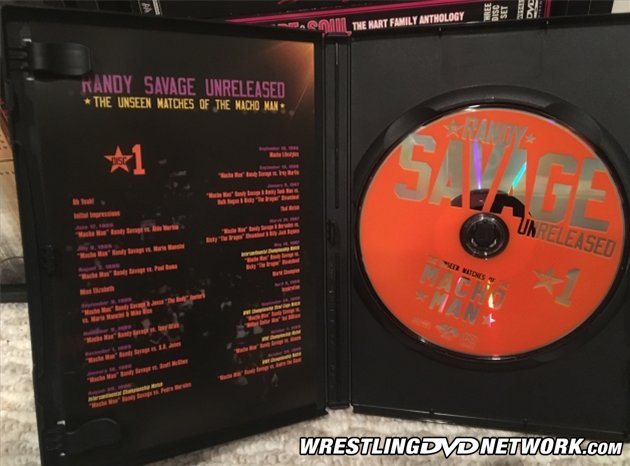 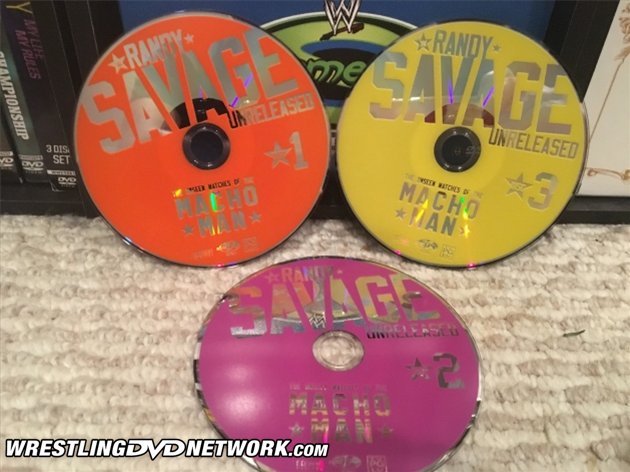 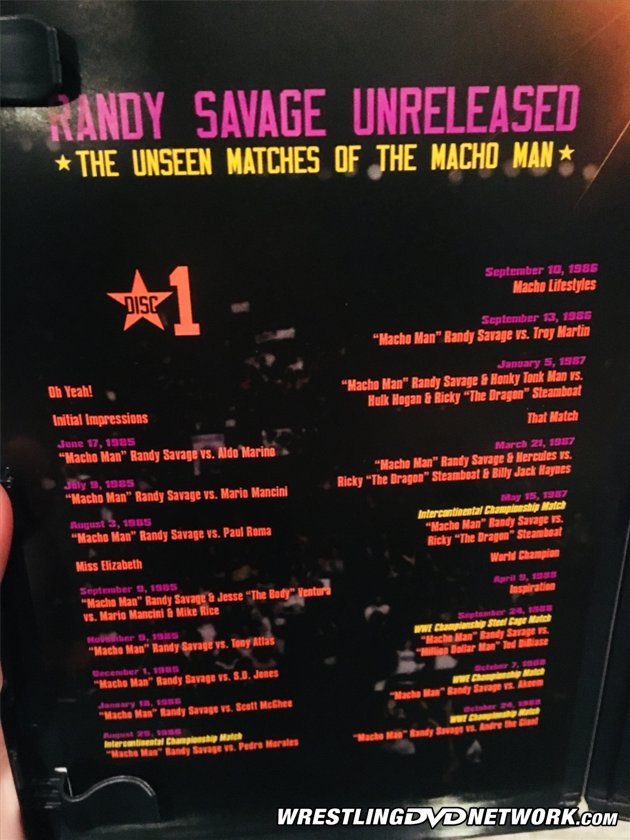 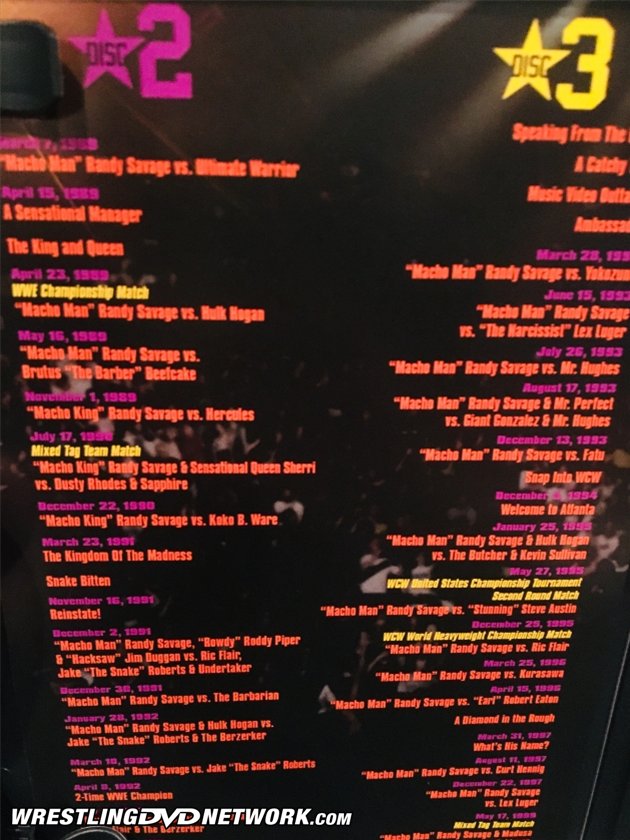 – USA: RIGHT NOW! Get your hands on the Macho Man DVD now here on Amazon.com.

– UK/Europe: RIGHT NOW! Get your hands on the Macho Man DVD now via Amazon.co.uk. 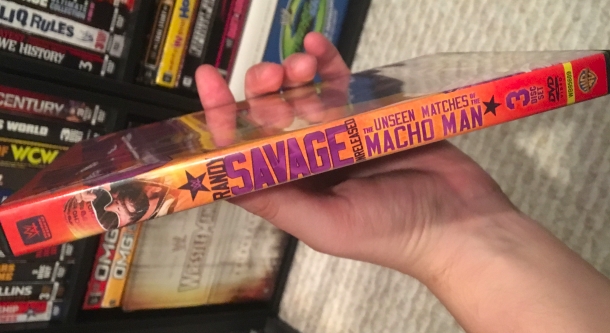