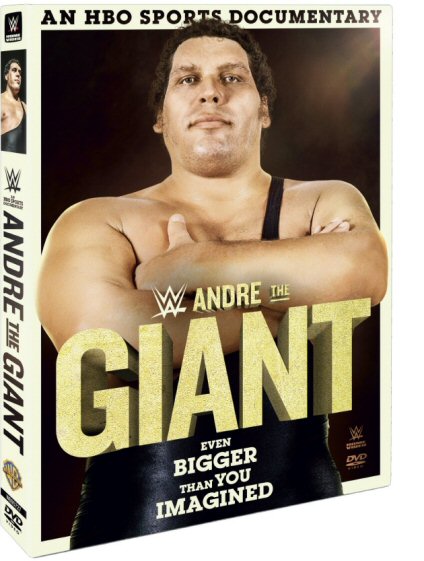 With a tagline “Even bigger than you imagined” the Andre The Giant DVD will feature the critically acclaimed 1-hour and 25-minute documentary produced by HBO and will combine this with a set of extras; 7 matches selected from the vault by WWE.

New artwork shots of the domestic Region 1 release have come through, shown above and below. If you’d like to pre-order the Andre DVD you can do so by clicking here to Amazon.com. 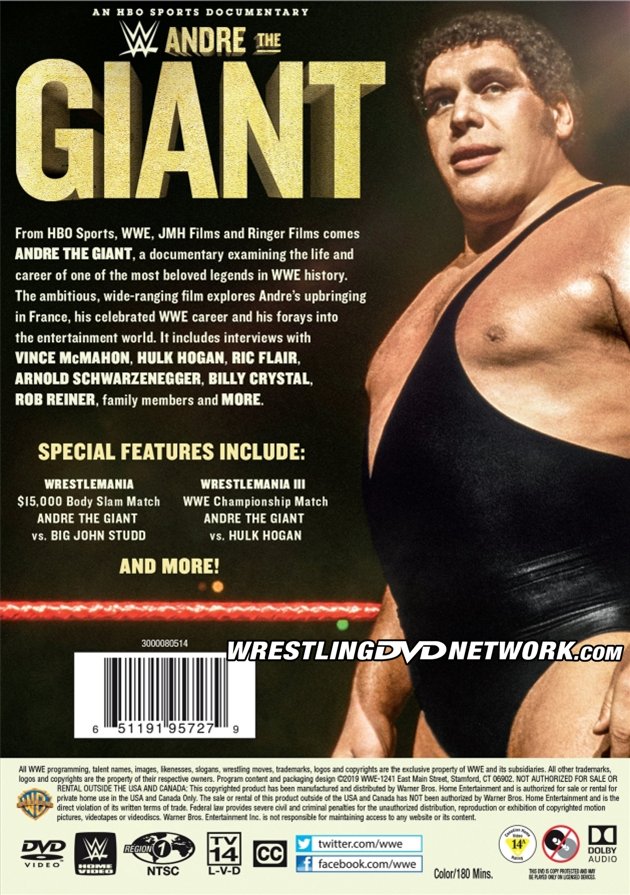 – Australia: TBA. Look for your pre-order announcement soon at Madman.com.au.

Shown below, this one makes use of the poster artwork featuring all of the combatants of the men’s Elimination Chamber Match for the WWE Championship: Daniel Bryan, Kofi Kingston, AJ Styles, Samoa Joe, Randy Orton and Jeff Hardy. The six teams that competed in the women’s Elimination Chamber Match for the Women’s Tag Team Champions are pictured on the spine.

Pre-order your copy for April 2nd in the United States. The UK gets the Elimination Chamber DVD just 6 days later on April 8th; pre-order via Amazon.co.uk. 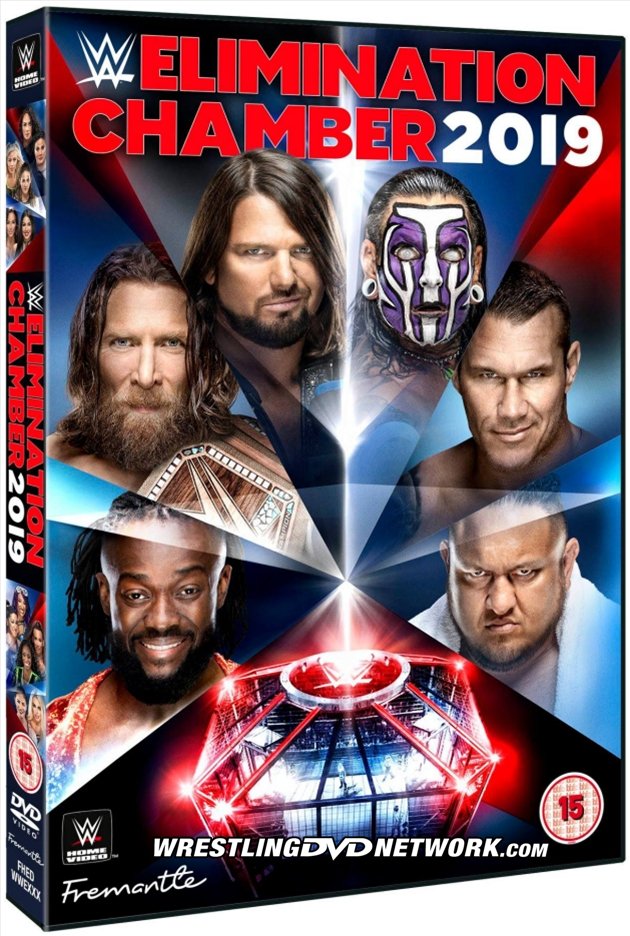 Get ready for the incoming WWE DVDs in March, kicking off with Royal Rumble 2019. 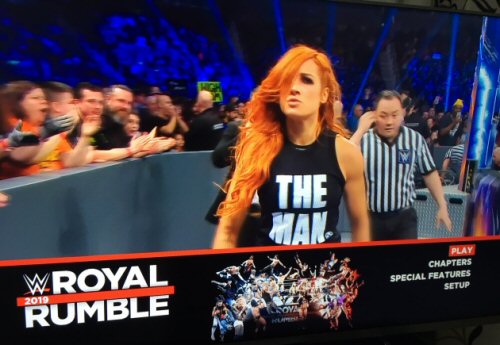 The Blu-ray is exclusive to the UK and Germany – WrestlingDVDNetwork.com has had an early peek at it and can confirm the Blu-ray includes the entire 4-hour and 40-minute Rumble Pay-Per-View and the 3 Kickoff Show matches as extras. We expect the DVD to include the same content. 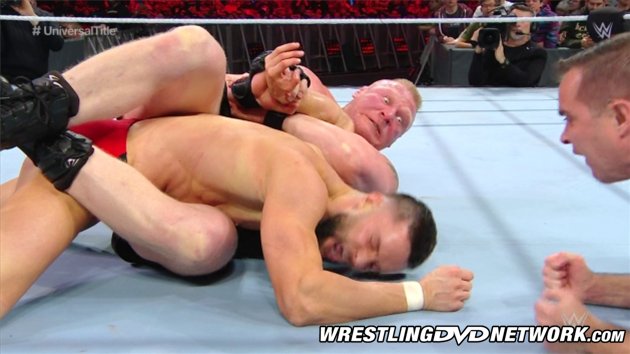 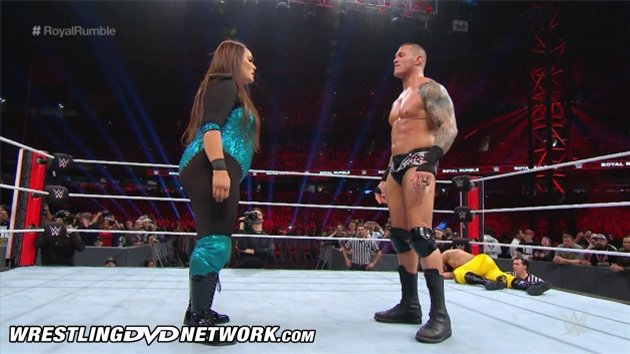